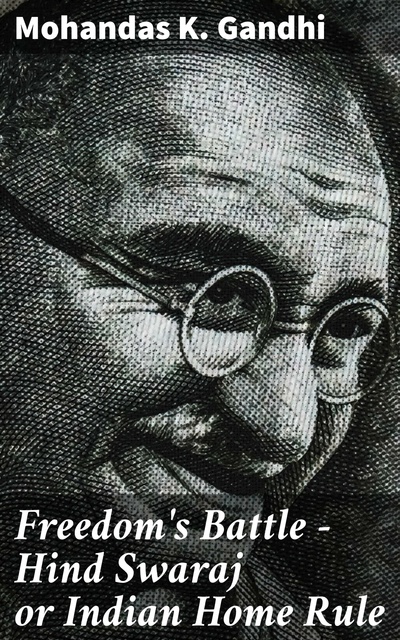 Freedom's Battle by Hind Swaraj or Indian Home Rule is about Hind Swaraj or Indian Home Rule is a book written by Mohandas K. Gandhi in 1909. In it, he expresses his views on Swaraj, modern civilization, mechanization, among other matters. In the book, Gandhi repudiates European civilization while expressing loyalty to higher ideals of empire ("moral empire"). Excerpt: "Reader: Just at present there is a Home Rule wave passing over India. All our countrymen appear to be pining for National Independence. A similar spirit pervades them even in South Africa. Indians seem to be eager to acquire rights. Will you explain your views in this matter? Editor: You have put the question well, but the answer is not easy."