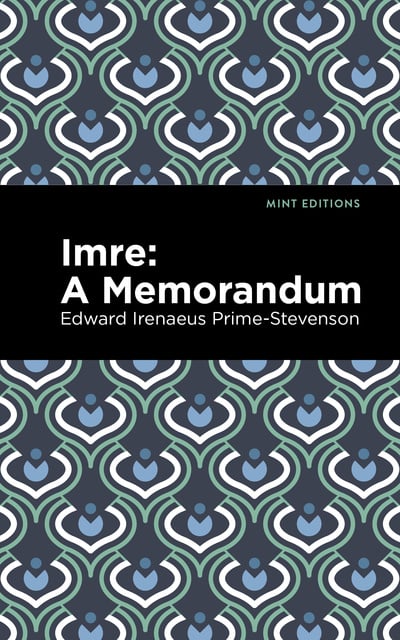 Imre: A Memorandum (1906) is a novel by Edward Irenaeus Prime-Stevenson. Written while Prime-Stevenson was living as an expatriate in Europe, the novel is an earnest, positive story of romance between two men. Throughout his career, Prime-Stevenson sought to dispel falsehoods surrounding the history of homosexuality, most notably in Imre: A Memorandum and The Intersexes, a full-length study of the subject. Writing under the pseudonym Xavier Mayne, Prime-Stevenson took great care to insulate himself from the reprisal common to the period in which he worked. Despite his limited audience—copies of his works numbered in the hundreds—Prime-Stevenson is now recognized as a pioneering advocate for the rights of the LGBTQ community.

At a café in Budapest, Oswald, a British ambassador in his thirties, meets the young, handsome Imre, a Hungarian military officer. The two develop a strong friendship through their shared interest in art, but as their relationship grows more serious, they begin spending hours upon hours sharing their innermost secrets. Eventually, their friendship turns to romance, a partnership between equals who respect and cherish one another despite the obstacles of an intensely homophobic society. Published in a time when homosexuality was largely criminalized, Imre: A Memorandum offered a hopeful narrative immersed in gay history that would prove both inspiring and instructional for generations to come.

With a beautifully designed cover and professionally typeset manuscript, this edition of Edward Irenaeus Prime-Stevenson’s Imre: A Memorandum is a classic work of American literature reimagined for modern readers.