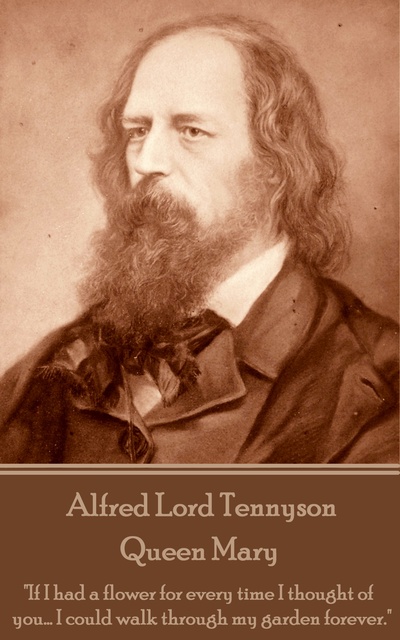 Alfred Tennyson was born on August 6th, 1809, in Somersby, Lincolnshire, the fourth of twelve children. Most of Tennyson's early education was under the direction of his father, although he did spend four unhappy years at a nearby grammar school. He left home in 1827 to join his elder brothers at Trinity College, Cambridge, more to escape his father than a desire for serious academic work. At Trinity he was living for the first time among young men of his own age who knew little of his problems. He was delighted to make new friends; he was handsome, intelligent, humorous, a gifted impersonator and soon at the center of those interested in poetry and conversation. That same year, he and his brother Charles published Poems by Two Brothers. Although the poems in the book were of teenage quality, they attracted the attention of the “Apostles," a select undergraduate literary club led by Arthur Hallam. The “Apostles” provided Tennyson with friendship and confidence. Hallam and Tennyson became the best of friends; they toured Europe together in 1830 and again in 1832. Hallam’s sudden death in 1833 greatly affected the young poet. The long elegy In Memoriam and many of Tennyson’s other poems are tributes to Hallam. In 1830, Tennyson published Poems, Chiefly Lyrical and in 1832 he published a second volume entitled simply Poems. Some reviewers condemned these books as “affected” and “obscure.” Tennyson, stung by the reviews, would not publish another book for nine years. In 1836, he became engaged to Emily Sellwood. When he lost his inheritance on a failed investment in 1840, the engagement was cancelled. In 1842, however, Tennyson’s Poems [in two volumes] was a tremendous critical and popular success. In 1850, with the publication of In Memoriam, Tennyson’s reputation was pre-eminent. He was also selected as Poet Laureate in succession to Wordsworth and, to complete a wonderful year, he married Emily Sellwood. At the age of 41, Tennyson had established himself as the most popular poet of the Victorian era. The money from his poetry [at times exceeding 10,000 pounds per year] allowed him to purchase a home in the country and to write in relative seclusion. His appearance—a large and bearded man, he regularly wore a cloak and a broad brimmed hat—enhanced his notoriety. In 1859, Tennyson published the first poems of Idylls of the Kings, which sold more than 10,000 copies in a fortnight. In 1884, he accepted a peerage, becoming Alfred Lord Tennyson. On October 6th, 1892, an hour or so after midnight, surrounded by his family, he died at Aldworth. It is said that the moonlight was streaming through the window and Tennyson himself was holding open a volume of Shakespeare. He was buried in Westminster Abbey.