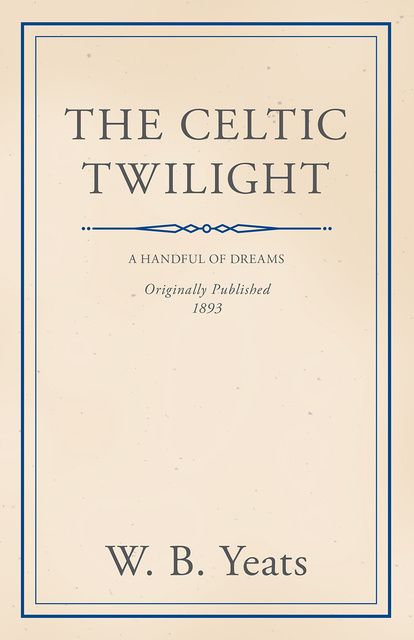 The Celtic Twilight: Faerie and Folklore

The Celtic Twilight: Faerie and Folklore

"The Celtic Twilight" is a series of stories from Irish folklore by Irish poet W. B. Yeats. Beautifully and poetically written, they present a vivid portrait of those who lived near to the land in Ireland. Highly recommended for poetry lovers and those with an interest in Ireland. William Butler Yeats (13 June 1865 - 28 January 1939) was an Irish poet and one of the most prolific literary figures of the 20th-century. At the forefront of both the British and Irish literary movements, he co-founded the Abbey Theatre and was, along with Lady Gregory, Edward Martyn and others, a driving force behind the Irish Literary Revival. In his later life, Yeats also served as a Senator in Ireland. Many vintage books such as this are becoming increasingly scarce and expensive. We are republishing this volume now in an affordable, modern, high-quality edition complete with a specially commissioned new biography of the author.