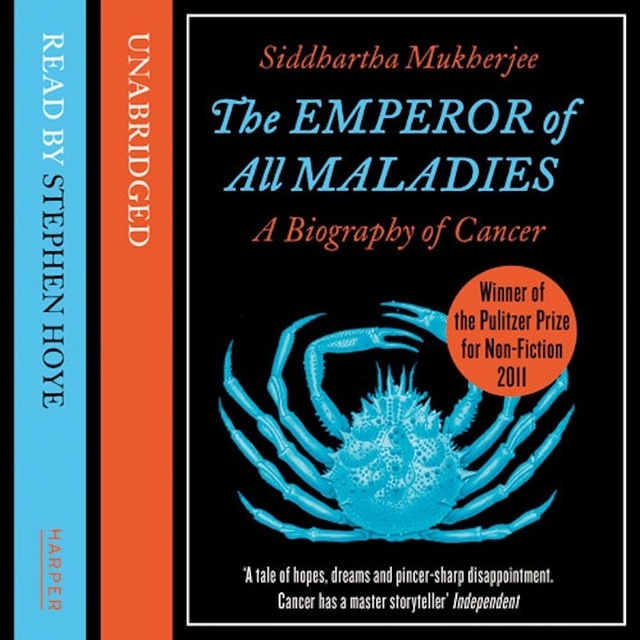 The Emperor of All Maladies

The Emperor of All Maladies

Winner of the Pulitzer Prize and a documentary from Ken Burns on PBS, this New York Times bestseller is “an extraordinary achievement” (The New Yorker)—a magnificent, profoundly humane “biography” of cancer—from its first documented appearances thousands of years ago through the epic battles in the twentieth century to cure, control, and conquer it to a radical new understanding of its essence.

Now includes an excerpt from Siddhartha Mukherjee’s new book Song of the Cell!

Physician, researcher, and award-winning science writer, Siddhartha Mukherjee examines cancer with a cellular biologist’s precision, a historian’s perspective, and a biographer’s passion. The result is an astonishingly lucid and eloquent chronicle of a disease humans have lived with—and perished from—for more than five thousand years.

The story of cancer is a story of human ingenuity, resilience, and perseverance, but also of hubris, paternalism, and misperception. Mukherjee recounts centuries of discoveries, setbacks, victories, and deaths, told through the eyes of his predecessors and peers, training their wits against an infinitely resourceful adversary that, just three decades ago, was thought to be easily vanquished in an all-out “war against cancer.” The book reads like a literary thriller with cancer as the protagonist.

Riveting, urgent, and surprising, The Emperor of All Maladies provides a fascinating glimpse into the future of cancer treatments. It is an illuminating book that provides hope and clarity to those seeking to demystify cancer. 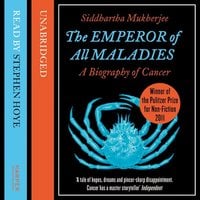