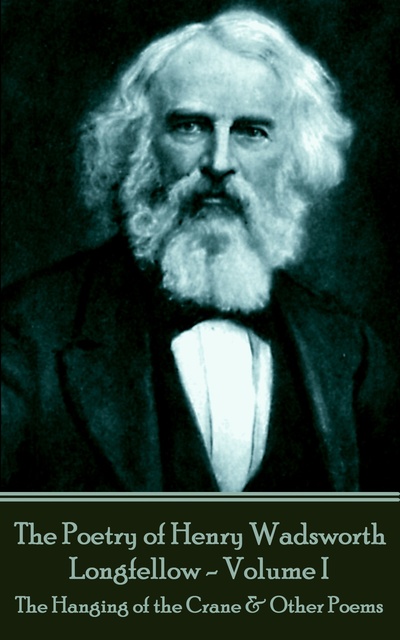 The Poetry of Henry Wadsworth Longfellow - Volume I

The Poetry of Henry Wadsworth Longfellow - Volume I

Henry Wadsworth Longfellow was born on February 27th, 1807 in Portland, Maine. As a young boy, it was obvious that he was very studious and he quickly became fluent in Latin. He published his first poem, "The Battle of Lovell's Pond", in the Portland Gazette on November 17th, 1820. He was already thinking of a career in literature and, in his senior year, wrote to his father: “I will not disguise it in the least... the fact is, I most eagerly aspire after future eminence in literature, my whole soul burns most ardently after it, and every earthly thought centers in it....” After graduation travels in Europe occupied the next three years and he seemed to easily absorb any language he set himself to learn. On September 14th, 1831, Longfellow married Mary Storer Potter. They settled in Brunswick. His first published book was in 1833, a translation of poems by the Spanish poet Jorge Manrique. He also published a travel book, Outre-Mer: A Pilgrimage Beyond the Sea. During a trip to Europe Mary became pregnant. Sadly, in October 1835, she miscarried at some six months. After weeks of illness she died, at the age of 22 on November 29th, 1835. Longfellow wrote "One thought occupies me night and day... She is dead — She is dead! All day I am weary and sad". In late 1839, Longfellow published Hyperion, a book in prose inspired by his trips abroad. Ballads and Other Poems was published in 1841 and included "The Village Blacksmith" and "The Wreck of the Hesperus". His reputation as a poet, and a commercial one at that, was set. On May 10th, 1843, after seven years in pursuit of a chance for new love, Longfellow received word from Fanny Appleton that she agreed to marry him. On November 1st, 1847, the epic poem Evangeline was published. In 1854, Longfellow retired from Harvard, to devote himself entirely to writing. The Song of Haiwatha, perhaps his best known and enjoyed work was published in 1855. On July 10th, 1861, after suffering horrific burns the previous day. In his attempts to save her Longfellow had also been badly burned and was unable to attend her funeral. He spent several years translating Dante Alighieri's Divine Comedy. It was published in 1867. Longfellow was also part of a group who became known as The Fireside Poets which also included William Cullen Bryant, John Greenleaf Whittier, James Russell Lowell, and Oliver Wendell Holmes Snr. Longfellow was the most popular poet of his day. As a friend once wrote to him, "no other poet was so fully recognized in his lifetime". Some of his works including "Paul Revere's Ride" and “The Song of Haiwatha” may have rewritten the facts but became essential parts of the American psyche and culture. Henry Wadsworth Longfellow died, surrounded by family, on Friday, March 24th, 1882. He had been suffering from peritonitis.