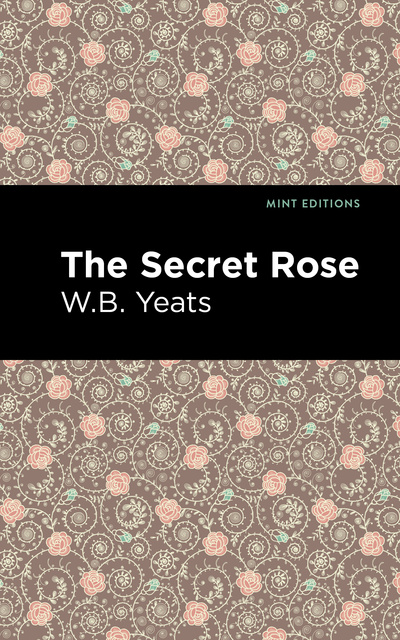 The Secret Rose (1897) is a collection of poems by W.B. Yeats. Written in response to demands that the poet write “a really national poem or romance,” The Secret Rose exhibits Yeats’ devotion to personal mythology and occult orders, and is a brilliant display of symbolism by one of Irish literature’s premier poets.

“To the Secret Rose” opens the collection. The poem, inspired by Yeats’ membership in the Rosicrucian Hermetic Order of the Golden Dawn, uses symbolism to evoke religion, myth, and history. The “Far off, most secret, and inviolate Rose” is an image of utopian longing, an ideal moment the poet awaits, envisions, and longs for. “The Crucifixion of the Outcast” is a parable in which a wandering bard is led by Christian brothers to his execution. As his cross is set in the earth, he offers a portion of his last meal to the beggars who have gathered to watch. When he is nailed to the cross, however, he finds that mercy without humility is a seed that cannot grow. In “The Curse of the Fires and of the Shadows,” Puritan soldiers storm an abbey and attack a group of friars. Before he dies, the abbot raises the cross upon the altar, and promises divine vengeance. Immediately afterward, the soldiers are told that two messengers have escaped on horseback to warn and gather the people for a counterattack. The Secret Rose explores themes of faith and persecution while illuminating the proximity of life and myth for a poet whose subject is the soul.

With a beautifully designed cover and professionally typeset manuscript, this edition of W.B. Yeats’s The Secret Rose is a classic of Irish literature reimagined for modern readers.