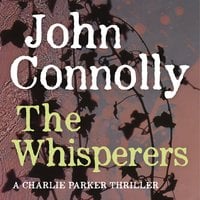 Charlie Parker returns in the chilling new thriller from the Sunday Times bestselling author of THE LOVERS.

The border between Maine and Canada is porous. Anything can be smuggled across it: drugs, cash, weapons, people.

Now a group of disenchanted former soldiers has begun its own smuggling operation, and what is being moved is infinitely stranger and more terrifying than anyone can imagine. Anyone, that is, except private detective Charlie Parker, who has his own intimate knowledge of the darkness in men's hearts.

But the soldiers' actions have attracted the attention of the reclusive Herod, a man with a taste for the strange. And where Herod goes, so too does the shadowy figure that he calls the Captain. To defeat them, Parker must form an uneasy alliance with a man he fears more than any other, the killer known as the Collector ...