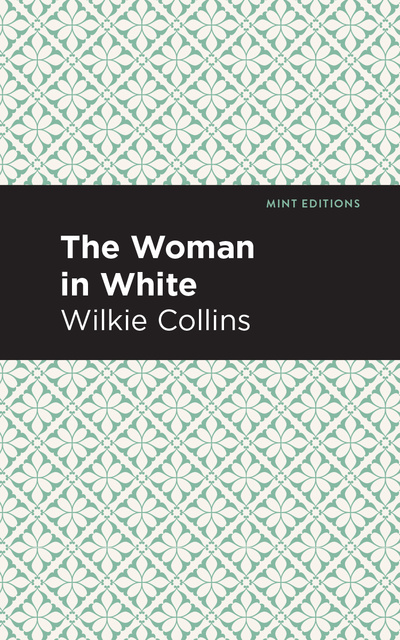 An embattled inheritance, accusations of madness, scheming villainy and much more tie into the labyrinthine plot of one of the most celebrated and sensational novels of the Victorian era.”

A young man just beginning a new job in London meets with a strange woman on a moonlit road, offers her assistance getting into the city and then finds she may have just escaped an asylum. Hidden connections are unveiled between the family that employs the young man and the mysterious woman, pulling the reader into a suspenseful web of plots within plots, theft, betrayal, mistaken identities and attempted murder.

Punctuating his dramatic narrative with sharp suspense and sudden moments of revelation that provide shock and understanding in equal measure, Wilkie Collins was pioneer of the literary thriller. In 1859, when serialized in Charles Dickens magazine, All the Year Round, crowds lined up to buy each installment of The Woman in White. Modern readers will be grateful to have the entire text at hand as the author’s remarkable storytelling skills retain their power to ensnare, enchant and keep the pages turning toward the unpredictable conclusion.

With an eye-catching new cover, and professionally typeset manuscript, this edition of The Woman in White is both modern and readable.