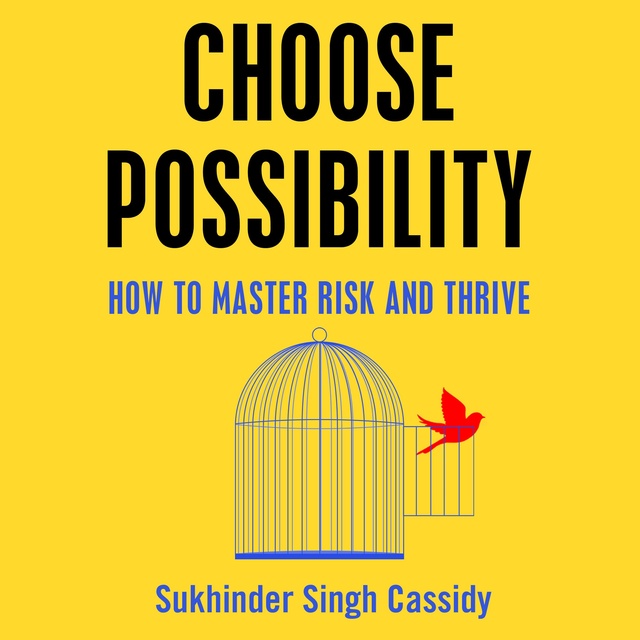 Choose Possibility: How to Master Risk and Thrive

Choose Possibility: How to Master Risk and Thrive

'Sukhinder’s unique style of authenticity, optimism and hustle is what has made her one of Google and Silicon Valley’s most successful and well-respected leaders. In Choose Possibility, she brings that same energy, passion and candor to helping everyone unlock their own career potential.'
Eric Schmidt, Former Chairman & CEO Google

'A fresh and relevant voice on the ups and downs of entrepreneurship. Breaking down what risk is and isn't, Sukhinder offers valuable insight for founders and employees, seen through the lens of someone who has been there.'
Scott Galloway, business professor and bestselling author

Learn how to take risks, thrive and build your dream career.

Each one of us dreams of possibility – in our careers and in our personal lives. But our pursuit of possibility is hamstrung by the Myth of the Single Choice, which has led us to believe that one large choice stands between us and success, and that a single failure may topple us should we choose ‘wrongly’. Influenced by this myth, we let fear trump possibility: we become paralyzed.

Sukhinder Singh Cassidy is one of the most highly regarded and well-respected tech executives in Silicon Valley, but she’ll be the first to admit that her path to success has been far from linear. While she has started three companies including theBoardlist (an organization designed to promote and place women on corporate boards), and she just served as president of StubHub, which sold for $4 billion, she’s also encountered failed choices, misfires, unexpected headwinds, and all other types of pitfalls that she had to learn how to confront, analyze, navigate, and incorporate into her new path forward.

Drawing on her own experience and those of other leaders, Sukhinder shows that when people thrive, it’s because their fear of missing out on an opportunity (FOMO) overtakes their fear of failure (FOF) and compels them to take action. Better yet, they keep acting, building a fundamental risk-taking muscle that underweighs the importance of any single choice in favour of continually ‘choosing’. In Choose Possibility you will see that personal success does not come from making one singular ‘correct’ or ‘big’ decision. Rather, long-range success comes from tackling numerous choices that are aimed to optimize future possibilities. 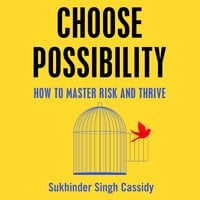