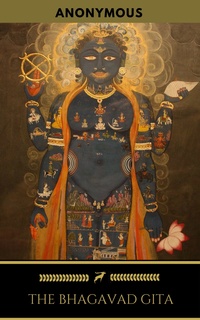 Author: Anonymous, Golden Deer Classics
Format: E-book
English
3.84
The Bhagavad Gita ("Song of the Lord") is considered the most influential of all the Hindu scriptures and is one of the greatest spiritual classics of the world. Comprised of eighteen chapters taken from the great Sanskrit epic Mahabharata, the Gita presents a conversation that takes place on a battlefield just as two groups of relatives are about to wage war against one another. Facing the forces of greed, anger, and hatred, the warrior-prince Arjuna loses heart and refuses to fight his own kin. His friend and charioteer, Lord Krishna, who represents the Divine within, tells him: "Your very nature will drive you to fight." In the ensuing dialogue, Krishna teaches Arjuna, and all of us, how we can face bravely the unavoidable challenges and conflicts of life—and win the greatest of all battles, against the tumultuous emotions within our own hearts.
More info about the ebook
Publisher: Oregan Publishing
Published: 2017-10-08
ISBN: 9782377933716
English
3.84
Category: Classics
Gilmore Girls Spiritual Localized history Classic Historical Fiction Alexandra Ocasio-Cortez's Reading List

Why I am an Atheist

The Complete Writings of Bhagat Singh

The Birthday of the World

In the Land of Time

The Complete Wizard of Oz Collection

The Sky is the Limit Vol: 2 (10 Classic Self-Help Books Collection)

The Law of Success, Lesson I: The Master Mind