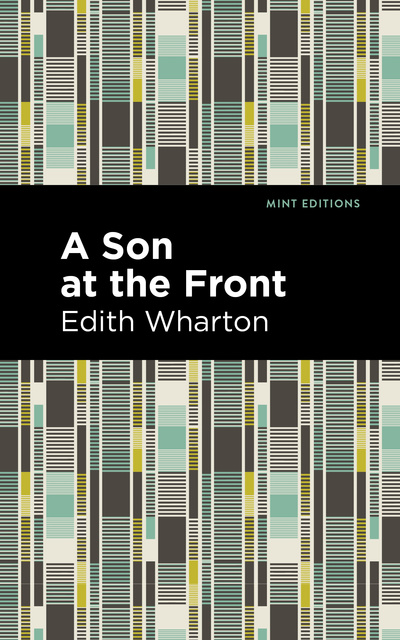 “Extraordinarily poignant…Heartrending, tragic, powerful, this is not to be missed.”-Publishers Weekly

Edith Wharton’s A Son at the Front (1923) is a stirring rumination of family, art, and the shortcomings of possession. The story, which is set on the eve of the First World War reflects the author’s own experience living in France when the “Great War” broke out. The delineation of Wartime Paris is one of great power and evocation, yet it is the immensely personal father-son relationship that is at the heart of this tragic novel.

The novel begins in 1914, where John Compton is an American Artist living in Paris; he is successful in his art, yet ill-fated in personal relationships. His only son, George, who was born in France, is living in the United States with John’s ex-wife, Julia. Having recently reconnected with his son, and intent on rebuilding a meaningful relationship, George returns to Paris only to be enlisted into the war. Julia and her second husband, the affluent Anderson Brant, try to pull all their strings to ensure that George is appointed to the safety of a post in a staff office; yet in an act of rebellion, the young man enlists himself for the front lines. Wharton, instead of following the events on the warfront with this novel, leaves her readers in Paris as the devastating effects of those left waiting in wartime unfold. For those only familiar with Wharton’s best-known books, this is a surprising and moving War novel like no other.

With an eye-catching new cover, and professionally typeset manuscript, this edition of A Son at the Front is both modern and readable.