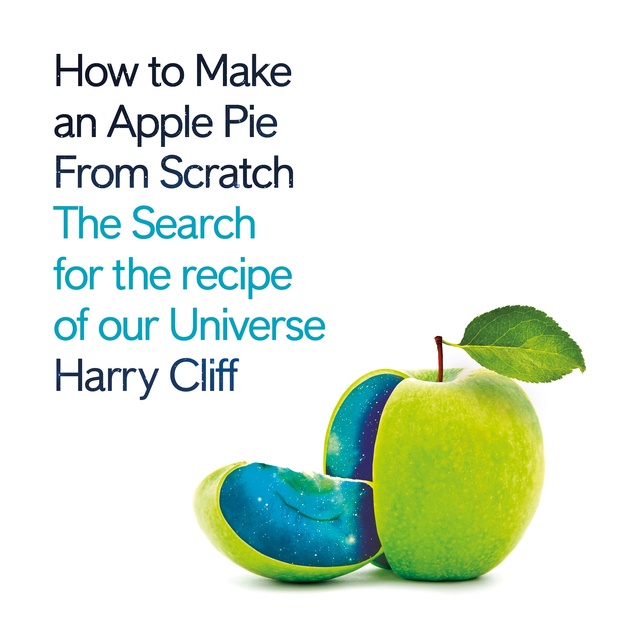 How to Make an Apple Pie from Scratch: In Search of the Recipe for Our Universe

How to Make an Apple Pie from Scratch: In Search of the Recipe for Our Universe

‘A fascinating exploration of how we learned what matter really is, and the journey matter takes from the Big Bang, through exploding stars, ultimately to you and me.’ - Sean Carroll, author of Something Deeply Hidden

‘If you wish to make an apple pie from scratch, you must first invent the universe.’ - Carl Sagan

We probably all have a vague idea of how to make an apple pie: mix flour and butter, throw in some apples and you’re probably most of the way there, right? Think again. Making an apple pie from scratch requires ingredients that definitely aren’t available in the supermarket, ovens that can reach temperatures of trillions of degrees, and a preparation time of 13.8 billion years.

Inspired by Sagan’s famous line, Harry Cliff ventures out in search of the ultimate apple pie recipe, tracing the ingredients of our universe through the hearts of dying stars and back in time to a tiny fraction of a second after our universe began. Along the way, he confronts some really big questions: What is matter really made of? How does the stuff around us escape annihilation in the fearsome heat of the Big Bang? And will we ever be able to understand the very first moments of our universe?

In pursuit of answers, Cliff ventures to the largest underground research facility in the world, deep beneath Italy’s Gran Sasso mountains, where scientists gaze into the heart of the Sun using the most elusive of particles, the ghostly neutrino. He visits CERN in Switzerland to explore the ‘Antimatter Factory’ where this stuff of science fiction is manufactured daily (and we’re close to knowing whether it falls upwards). And he reveals what the latest data from the Large Hadron Collider may be telling us about the fundamental ingredients of matter.

Along the way, Cliff illuminates the history of physics, chemistry, and astronomy that brought us to our present understanding of the world, while offering readers a front-row seat to one of the most dramatic intellectual journeys human beings have ever embarked on.

A transfixing deep dive into origins of our world, How to Make an Apple Pie from Scratch doesn’t just put the makeup of our universe under the microscope, but the awe-inspiring, improbable fact that it exists at all. 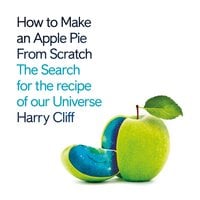