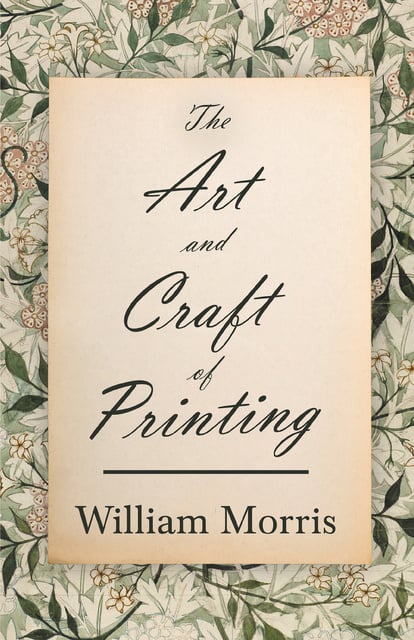 The Art and Craft of Printing

The Art and Craft of Printing

This early work by William Morris was originally published in 1899 and we are now republishing it with a brand new introductory biography. William Morris (1834 - 1896) was born in London, England. Arguably best known as a textile designer, he founded a design partnership which deeply influenced the decoration of churches and homes during the early 20th century. However, he is also considered an important Romantic writer and pioneer of the modern fantasy genre, being a direct influence on authors such as J. R. R. Tolkien. As well as fiction, Morris penned poetry and essays.