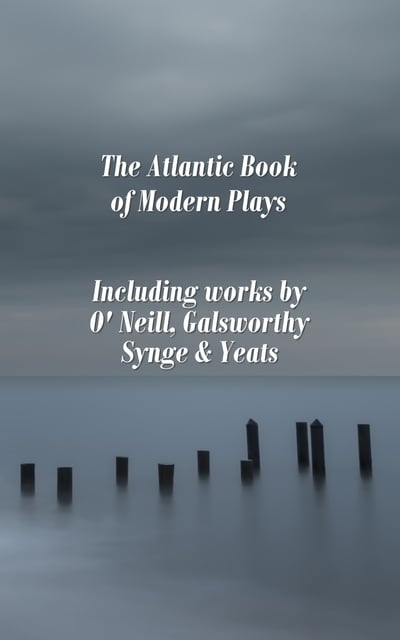 The Atlantic Book of Modern Plays

The Atlantic Book of Modern Plays

The Atlantic magazine was founded as the Atlantic Monthly in Boston, Massachusetts in 1857 and first published on November 1st of that year. The magazine's founder was Francis H. Underwood, also an assistant to the publisher, who because he was "neither a 'humbug' nor a Harvard man" received less recognition than his other founders who included Ralph Waldo Emerson; Oliver Wendell Holmes, Sr.; Henry Wadsworth Longfellow; Harriet Beecher Stowe; John Greenleaf Whittier; and James Russell Lowell, who served as its first editor.

It quickly gained a reputation as a leading literary magazine being the first to publish pieces by the abolitionists Julia Ward Howe ("Battle Hymn of the Republic" on February 1, 1862), and William Parker's slave narrative, "The Freedman's Story" (in February & March 1866) and Charles W. Eliot's "The New Education", a call for practical reform that led to his appointment to the presidency of Harvard University in 1869.

In 1860, it became part of the Boston publishing house Ticknor and Fields (itself later part of Houghton Mifflin). It was purchased again in 1908 by its then editor, Ellery Sedgwick.

The Atlantic has always been seen as a distinctively New England literary magazine (others ie Harper's and The New Yorker, were both from New York City) and its national reputation was instrumental in the launch of many other American writers and poets including Emily Dickinson. The Atlantic, in its earlier years, also published compendiums and anthologies of short stories and plays bringing many to far greater attention that would otherwise have been possible.

In 1980, the magazine was acquired by Mortimer Zuckerman, property magnate and founder of Boston Properties, who became its Chairman. In 1999 Zuckerman transferred ownership to David G. Bradley, owner of the National Journal Group, who along with previous owners pledged to keep the magazine in Boston.

However, in 2005, the publishers announced that the editorial offices would be moved from Boston to join the company's advertising and circulation divisions in Washington, D.C. in order to pool all of Bradley's publications into one location where they could collaborate under the Atlantic Media Company umbrella.