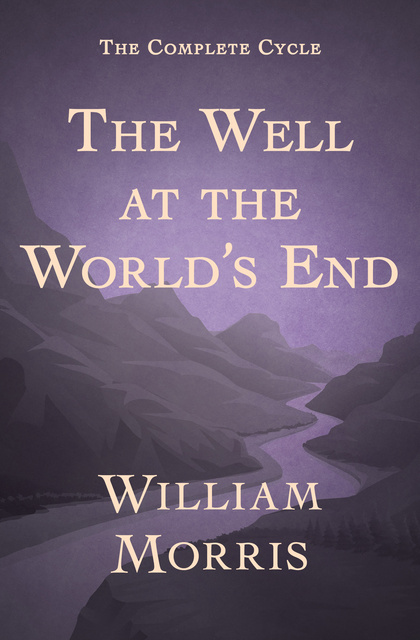 The Well at the World's End

The Well at the World's End

The epic fantasy novel that defined the genre, now in one volume

As the youngest son of a king, Ralph of Upmeads is expected to forsake adventure for the safety of home. But the call of the Well at the World’s End is too powerful to resist, and Ralph disobeys his parents in order to seek out his true destiny in its magical waters. The journey is long and arduous as the well lies on the far side of a distant mountain range and the lands beyond Upmeads are full of treacherous characters. With the help of a beautiful maiden and an ancient hermit, Ralph completes his quest and raises the cup of immortality and wisdom to his lips. The question is, what will he do with his newfound powers?

Widely recognized as the forerunner to modern fantasy, The Well at the World’s End is a magnificent tale of romance and adventure and a major influence on the works of J. R. R. Tolkien and C. S. Lewis.