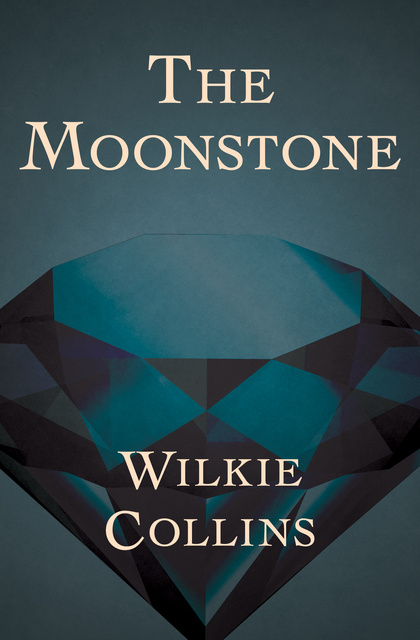 The novel that T. S. Eliot called “the first, the longest, and the best of the modern English detective novels”

Guarded by three Brahmin priests, the Moonstone is a religious relic, the centerpiece in a sacred statue of the Hindu god of the moon. It is also a giant yellow diamond of enormous value, and its temptation is irresistible to the corrupt John Herncastle, a colonel in the British Army in India. After murdering the three guardian priests and bringing the diamond back to England with him, Herncastle bequeaths it to his niece, Rachel, knowing full well that danger will follow. True to its enigmatic nature, the Moonstone disappears from Rachel’s room on the night of her eighteenth birthday, igniting a mystery so intricate and thrilling it has set the standard for every crime novel of the past one hundred fifty years.

Widely recognized, alongside the stories of Edgar Allan Poe, as establishing many of the most enduring conventions of detective fiction, The Moonstone is Wilkie Collins’s masterwork and one of the greatest novels of the nineteenth century.