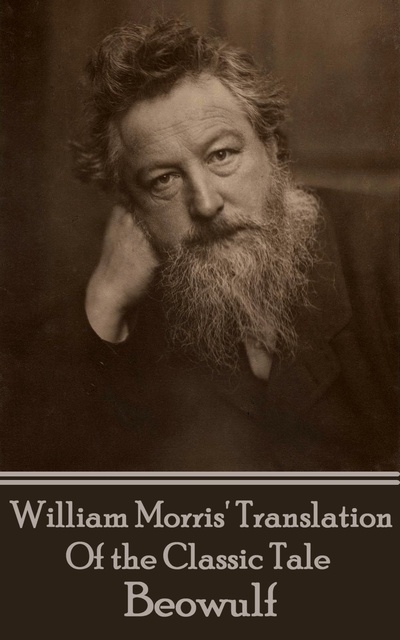 William Morris was born in Walthamstow, London on 24th March 1834 he is regarded today as a foremost poet, writer, textile designer, artist and libertarian. Morris began to publish poetry and short stories in 1856 through the Oxford and Cambridge Magazine which he founded with his friends and financed while at university. His first volume, in 1858, The Defence of Guenevere and Other Poems, was the first published book of Pre-Raphaelite poetry. Due to its luke warm reception he was discouraged from poetry writing for a number of years. His return to poetry was with the great success of The Life and Death of Jason in 1867, which was followed by The Earthly Paradise, themed around a group of medieval wanderers searching for a land of everlasting life; after much disillusion, they discover a surviving colony of Greeks with whom they exchange stories. In the collection are retellings of Icelandic sagas. From then until his Socialist period Morris's fascination with the ancient Germanic and Norse peoples dominated his writing being the first to translate many of the Icelandic sagas into English; the epic retelling of the story of Sigurd the Volsung being his favourite. Here we publish the classic Anglo Saxon poem Beowulf. In 1884 he founded the Socialist League but with the rise of the Anarachists in the party he left it in 1890. In 1891 he founded the Kelmscott Press publishing limited edition illuminated style books. His design for The Works of Geoffrey Chaucer is a masterpiece. Morris was quietly approached with an offer of the Poet Laureateship after the death of Tennyson in 1892, but declined. William Morris died