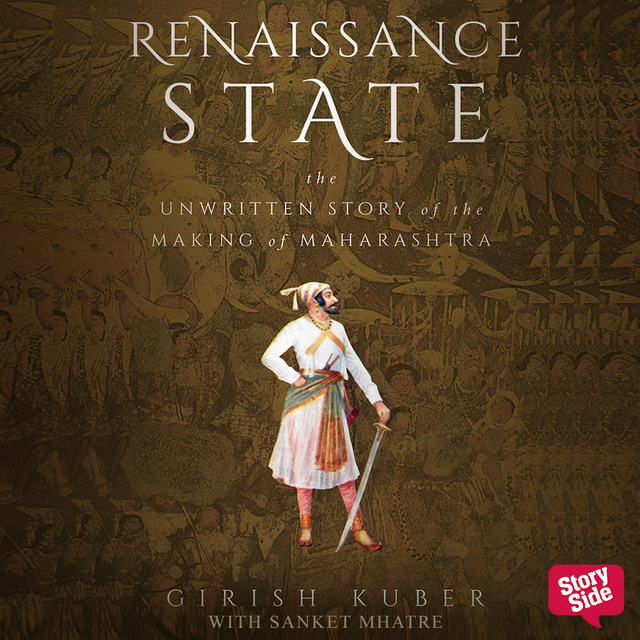 RENAISSANCE STATE THE UNWRITTEN STORY OF THE MAKING OF MAHARASHTRA

RENAISSANCE STATE THE UNWRITTEN STORY OF THE MAKING OF MAHARASHTRA

Maharashtra. Among the country’s largest, wealthiest, most significant constituents. A great state in name and indeed that has been the cradle of individuals and events that have shaped India.
Girish Kuber, a seasoned journalist and one of Maharashtra’s foremost opinion makers, tells the region’s story in Renaissance State. Taking in its vast sweep the politics, society and history of the land, from the time of the Satavahanas down to the present day, the book chronicles a number of lesser-known tales: the empire that brought the mighty Mughals to their knees, the woman who took the issue of consent in marital sex right up to Queen Victoria, the social reformers who were far ahead of their time, the men and women who were pioneers in different walks of life, the evolution of movements of the right and left as well as for Dalit identity, the man who mentored Gandhi and also the one who killed him, besides recounting the region’s long tradition of standing up to the power centres of the north.
This is the account of the making of Maharashtra and the Marathi Manoos that its proud people deserved but which had so far remained unwritten.

‘A fascinating account of Maharashtra’s long and turbulent history, Girish Kuber’s Renaissance State presents the key facts and faces of some 2,000 years of this great state’s existence. Introducing us to mathematicians and warriors, scientific legends and political giants, Kuber’s insightful and extensively researched narrative is enriched by compelling detail.’
– Shashi Tharoor, author and Member of Parliament

‘One of the unfortunate side effects of rabid nationalism is the loss of regional identities. Maharashtra has a magnificent history, unimpeachable traditions and a unique artistic culture that has always refused to bow before the mighty monarchs of Delhi who believed they owned it all. Freedom came. But Maharashtra is still fighting for its rightful place in Modi’s new India. Girish Kuber takes a panoramic view of what makes Maharashtra so special and why its proud people have always refused to bow before Delhi – and still do. For good reason.’
– Pritish Nandy, senior journalist and media personality

‘“Though as an individual Shivaji was a practising Hindu, he kept religion at bay when it came to his political and social life.” For me, this is one of the most significant lines in Renaissance State, a rigorously clear-eyed study of Maharashtra’s past and present.’
− Shanta Gokhale, author and translator

‘Sweeping through centuries of history, Renaissance State is an excellent starting point for anyone trying to understand the dynamics and dynamism of India’s richest state. It also offers a window on the paradoxical intellectual currents that have shaped the Marathi Manoos. As Girish Kuber notes, Maharashtra produced both Gandhi’s mentor and his murderer.’
− Naresh Fernandes, editor, Scroll, and author of City Adrift: A Short Biography of Bombay

‘This will be the go-to book on Maharashtra and its residents for many decades to come.’
− Jerry Pinto, author of Em and the Big Hoom and Murder in Mahim 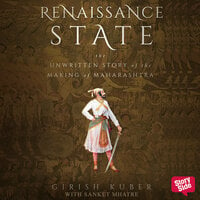