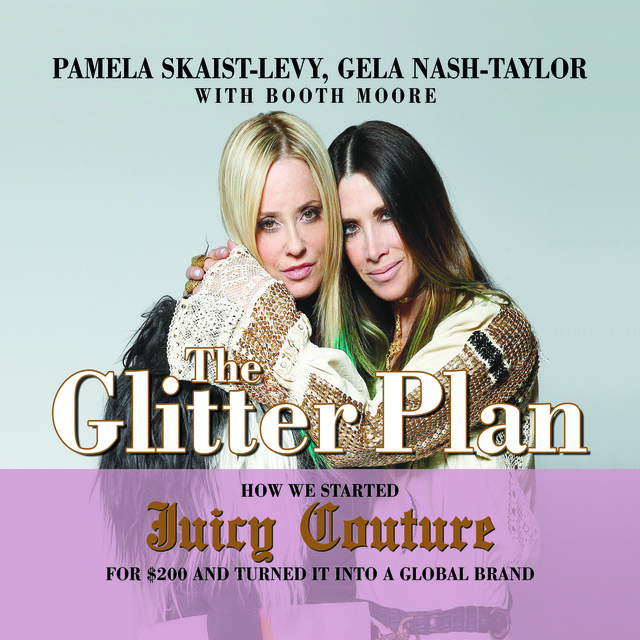 The Glitter Plan: How We Started Juicy Couture for $200 and Turned It into a Global Brand

The Glitter Plan: How We Started Juicy Couture for $200 and Turned It into a Global Brand

Part memoir, part business manual, and 100% juicy-the inside story of Juicy Couture, one of the most iconic brands of our times

While working together at a Los Angeles boutique, Pamela Skaist-Levy and Gela Nash-Taylor became fast and furious friends over the impossibility of finding the perfect T-shirt. Following their vision of comfortable, fitted T-shirts, they set up shop in Gela's one-bedroom Hollywood apartment with $200 and one rule: Whatever they did, they both had to be obsessed by it. The best friends' project became Juicy Couture. Pam and Gela eventually sold their company to Liz Claiborne for $50 million, but not before they created a whole new genre of casual clothing that came to define California cool.

Pamela and Gela built an empire from the ground up, using themselves as models to build their patterns and placing their merchandise by storming into stores and handing out samples. They balanced careful growth with innovative tactics-sending Madonna a tracksuit with her nickname, Madge, embroidered on it-and created a unique, bold, and unconventional business plan that was all their own: the Glitter Plan.

Now, Pam and Gela reveal the secrets of Juicy's success: how they learned to find and stick with the right colleagues and trust their instincts when it became time to move on to their next project. They also share their missteps and hilarious lessons learned-like the time robbers stole one thousand pairs of maternity shortalls, which the partners took as the first sign to get out of the maternity clothing business.

Told in the bright, cheery voice that defines Juicy style even today, The Glitter Plan shows readers how to transform passion and ideas into business success. Aspiring designers, Juicy fans, and business readers of all stripes will be enthralled by the story of spirit and savvy behind Pam and Gela's multimillion-dollar fashion empire. 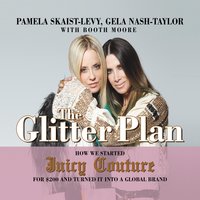