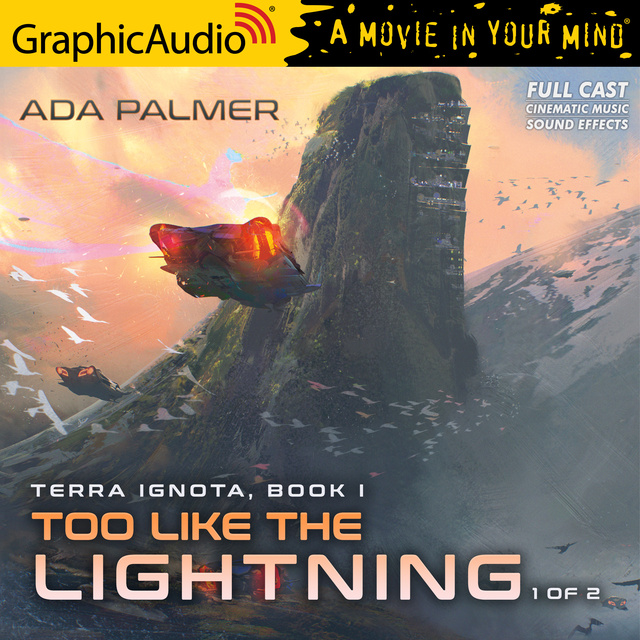 Too Like The Lightning (1 of 2) [Dramatized Adaptation]: Terra Ignota 1

Too Like The Lightning (1 of 2) [Dramatized Adaptation]: Terra Ignota 1

"From the winner of the 2017 John W. Campbell Award for Best New Writer, Ada Palmer's 2017 Compton Crook Award-winning political science fiction, Too Like the Lightning, ventures into a human future of extraordinary originality Mycroft Canner is a convict. For his crimes he is required, as is the custom of the 25th century, to wander the world being as useful as he can to all he meets. Carlyle Foster is a sensayer--a spiritual counselor in a world that has outlawed the public practice of religion, but which also knows that the inner lives of humans cannot be wished away. The world into which Mycroft and Carlyle have been born is as strange to our 21st-century eyes as ours would be to a native of the 1500s. It is a hard-won utopia built on technologically-generated abundance, and also on complex and mandatory systems of labelling all public writing and speech. What seem to us normal gender distinctions are now distinctly taboo in most social situations. And most of the world's population is affiliated with globe-girdling clans of the like-minded, whose endless economic and cultural competion is carefully managed by central planners of inestimable subtlety. To us it seems like a mad combination of heaven and hell. To them, it seems like normal life. And in this world, Mycroft and Carlyle have stumbled on the wild card that may destablize the system: the boy Bridger, who can effortlessly make his wishes come true. Who can, it would seem, bring inanimate objects to life... Performed by Chris Stinson, Kay Eluvian, Wyn Delano, Nazia Chaudhry, Zeke Alton, Alejandro Ruiz, Nora Achrati, Lise Bruneau, Jacob Yeh, Marni Penning, Taylor Coan, Ryan Carlo Dalusung, Brandon Burton, Dawn Ursula, Holly Adams, Lydia Kraniotis, Neha Gargava, James Konicek, Elena Anderson, Emlyn McFarland, Bradley Foster Smith, Robb Moreira, Chris Davenport, Anthony Palmini, Daniel Llaca, Niusha Nawab, Christopher Walker, Bianca Bryan, Shawn K. Jain, Mark Harrietha, Duyen Washington, Matthew Schleigh, Shravan Amin, Nanette Savard, Shanta Parasuraman, Nicole Perez, Megan Poppy, Torian Brackett, Natalie Van Sistine, James Lewis, Carolyn Kashner, Christopher Walker, Christopher Williams, Colleen Delany, Tia Shearer, Yasmin Tuazon, Megan Dominy, Stephon Walker, Terence Aselford, Scott McCormick, and Rose Elizabeth Supan." 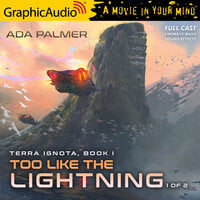