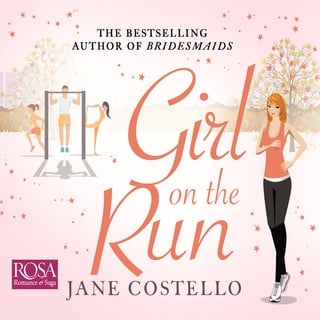 Girl on the Run

Girl on the Run

Abby Rogers has been on health kicks before - they involve eating one blueberry muffin for breakfast instead of two. But since starting her own business, after watching one too many episodes of The Apprentice, the 28-year-old's waistline has taken even more of a back seat than her long-neglected love life.

When Abby is encouraged to join her sporty best friend's running club - by none other than its gorgeous new captain - she finds a mysterious compulsion to exercise.

Sadly, her first session doesn't go to plan. Between the obscenely unflattering pink leggings, and the fact that her lungs feel as though they've been set on fire, she vows never to return.

Then her colleague Heidi turns up at work and makes a devastating announcement, one that will change her life - and Abby's - forever.

Full of warmth, friendship, fun and laughter, Girl on the Run is a novel to devour!

I’m in No Mood for Love

Twice in a Blue Moon

Every Woman For Herself

On a Beautiful Day

Something to Tell You

A Parcel for Anna Browne

Don’t You Forget About Me

How to Walk Away

The Trouble with Valentine’s Day

Confetti at the Cornish Café

The Great Christmas Knit Off

The Upside to Being Single