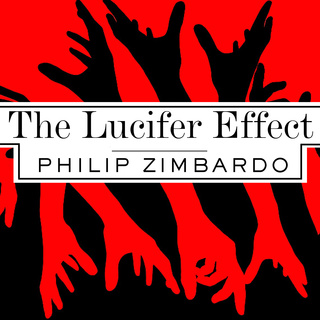 Höfundur: Philip Zimbardo
Lesari: Kevin Foley
Snið: Hljóðbók
26Klst. 44Mín
enska
4,19
What makes good people do bad things? How can moral people be seduced to act immorally? Where is the line separating good from evil, and who is in danger of crossing it?

Renowned social psychologist Philip Zimbardo has the answers, and in The Lucifer Effect he explains how-and the myriad reasons why-we are all susceptible to the lure of "the dark side." Drawing on examples from history as well as his own trailblazing research, Zimbardo details how situational forces and group dynamics can work in concert to make monsters out of decent men and women.

Zimbardo is perhaps best known as the creator of the Stanford Prison Experiment. Here, for the first time and in detail, he tells the full story of this landmark study, in which a group of college-student volunteers was randomly divided into guards and inmates and then placed in a mock prison environment. Within a week the study was abandoned, as ordinary college students were transformed into either brutal, sadistic guards or emotionally broken prisoners.

By illuminating the psychological causes behind such disturbing metamorphoses, Zimbardo enables us to better understand a variety of harrowing phenomena, from corporate malfeasance to organized genocide to how once upstanding American soldiers came to abuse and torture Iraqi detainees in Abu Ghraib. He replaces the long-held notion of the "bad apple" with the "bad barrel"-the idea that the social setting and the system contaminate the individual, rather than the other way around.

This is a book that dares to hold a mirror up to mankind, showing us that we might not be who we think we are. While forcing us to reexamine what we are capable of doing when caught up in the crucible of behavioral dynamics, though, Zimbardo also offers hope. We are capable of resisting evil, he argues, and can even teach ourselves to act heroically. Like Hannah Arendt's Eichmann in Jerusalem and Steven Pinker's The Blank Slate, The Lucifer Effect is a shocking, engrossing study that will change the way we view human behavior.
Meiri upplýsingar um hljóðbókina:
Útgefandi: Tantor Audio
Útgefið: 2011-03-31
ISBN: 9781452671505
26Klst. 44Mín
enska
4,19
Flokkur: Óskáldað efni
Sálfræði

The New Evil: Understanding the Emergence of Modern Violent Crime

Almost a Psychopath: Do I (Or Does Someone I Know) Have a Problem With Manipulation and Lack of Empathy?

What Every BODY is Saying

Disarming the Narcissist: Surviving & Thriving with the Self-Absorbed

The Psychopath Test: A Journey Through the Madness Industry

Range: How Generalists Triumph in a Specialized World

The Power of Moments

Never Split the Difference: Negotiating As If Your Life Depended On It