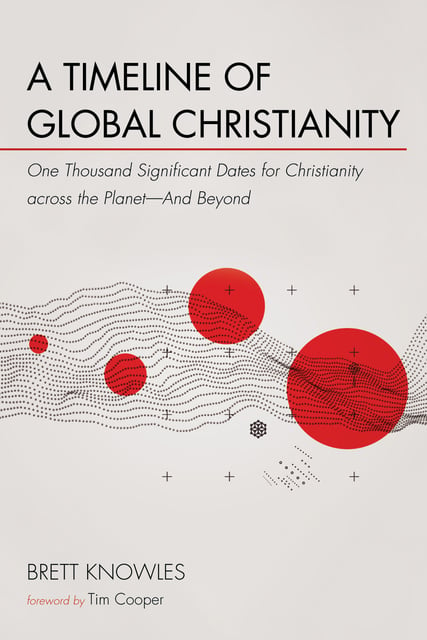 A Timeline of Global Christianity: One Thousand Significant Dates for Christianity across the Planet—And Beyond

A Timeline of Global Christianity: One Thousand Significant Dates for Christianity across the Planet—And Beyond

This timeline comprises one thousand significant dates for global Christianity. It includes events across all inhabited continents (and also in Antarctica and outer space), emphasizing those occurring in the non-Western world. The detailed annotations on each date are intended as provocative "ignition points" to spark historical curiosity, functioning as "launchpads" into further exploration in global Christianity. For example:

-739: What did the finding of the Rotas-Sator palindrome on the walls of an eighth-century Sudanese cave dwelling indicate?

-1346: Who were the mysterious Christians in the Javanese Royal Court of Majapahit?

-1992: Why was Paraguay the only Latin American country to include an indigenous language as a national language?

Since previous histories of Christianity usually have a European or North American perspective, students will find this book useful for its global coverage. It can be used in three ways. Firstly, it can be used chronologically as a continuous global timeline. It can also be used as a sampling of Christianity in each country, or as an index of significant figures in the history of global Christianity. Each section is cross-referenced to the timeline, making it a valuable resource for historical study.