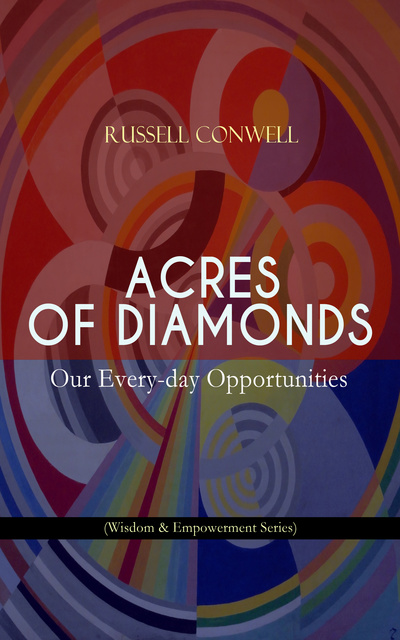 This carefully crafted ebook: "ACRES OF DIAMONDS: Our Every-day Opportunities (Wisdom & Empowerment Series)" is formatted for your eReader with a functional and detailed table of contents.

The original inspiration for his most famous essay, "Acres of Diamonds", occurred in 1869 when Conwell was traveling in the Middle East. The central idea of the work is that one need not look elsewhere for opportunity, achievement, or fortune—the resources to achieve all good things are present in one's own community. This theme is developed by an introductory anecdote, credited by Conwell to an Arab guide, about a man who wanted to find diamonds so badly that he sold his property and went off in futile search for them. The new owner of his home discovered that a rich diamond mine was located right there on the property. Conwell elaborates on the theme through examples of success, genius, service, or other virtues involving ordinary Americans contemporary to his audience: "dig in your own backyard!". The book has been regarded as a classic of New Thought literature since the 1870s.