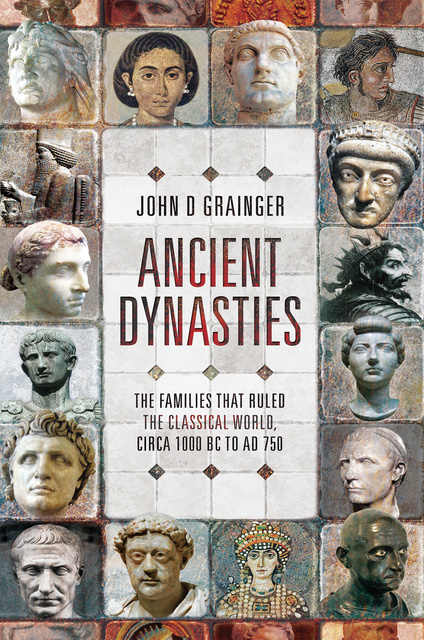 Ancient Dynasties: The Families that Ruled the Classical World, circa 1000 BC to AD 750

Ancient Dynasties: The Families that Ruled the Classical World, circa 1000 BC to AD 750

A guide to the over 150 families that ruled the Classical world, from the 10th century BC to the 8th century AD, from western Europe to central Asia.

Ancient Dynasties is a unique study of the ruling families of the ancient world known to the Greeks and Romans. The book is in two parts. The first offers analysis and discussion of various features of the ruling dynasties (including the leading families of republican Rome). It examines patterns, similarities and contrasts, categorizes types of dynasty and explores common themes such as how they were founded and maintained, the role of women, and the various reasons for their decline.

The second part is a catalog of all the dynasties (over 150 of them) known to have existed between approximately 1000 BC and AD 750 from the Atlantic Ocean to Baktria (roughly modern Afghanistan). It provides genealogical tables as well as information on where and when they held power.

Altogether, Ancient Dynasties offers an invaluable reference to ancient history buffs interested in the families that wielded power in the Classical world.