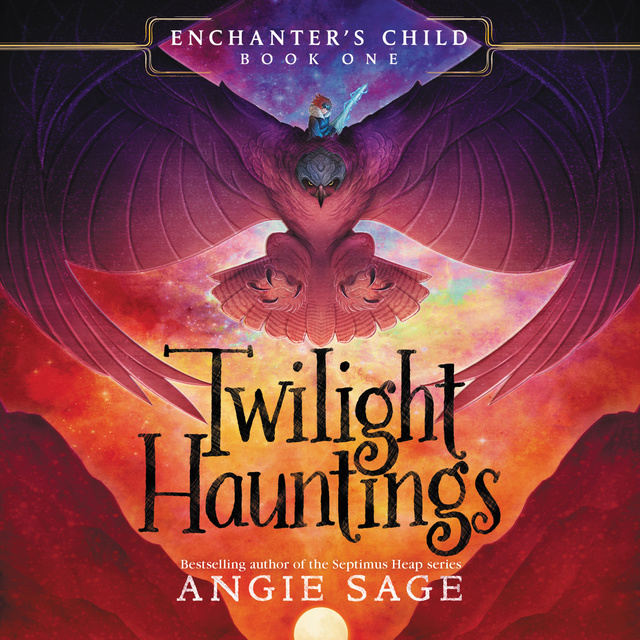 Angie Sage, New York Times bestselling author of the Septimus Heap series, crafts a fantasy world where enchantment is illegal, Oracles knit octopuses, wizards run around in soggy underpants, and one girl is on a mission to save Enchantment and Enchanters, which might just save the kingdom.

Alex has a set of Enchanted cards. When she flutters her fingers above them, something magical happens: the cards come alive and create moving pictures of what is now and what is yet to come. But Enchantment is illegal in the city of Luma, and those who practice it are imprisoned forever in the Vaults—dark dungeons deep below the city.

When Alex is betrayed by her foster sister Zerra, she knows she is in great danger. With the help of her little foster brother, Louie, she makes a daring escape.

But Alex discovers she is not safe outside Luma either. Here lurk deadly Hauntings that seek out those who practice magic: Enchanters and their children. The Hauntings take many forms and Alex is hunted by a giant bird of prey, the Hawke, a murderous Night Wraith called the Grey Walker, and the eerie Xin.

But why do the Hauntings haunt Alex?

Alex doesn’t believe she’s an Enchanter’s Child, but she has no idea who her parents are. Her precious Enchanted cards are her only clue to her true identity, and she becomes determined to find out who she is. And, while she is at it, to get rid of the deadly Twilight Hauntings forever.

"Fans of fantasy and adventure will snap this up and eagerly await the sequel." —School Library Journal (starred review)

"Sage deftly crafts an endearing and familiar fantasy story, expertly characterizing distinct, extreme personalities. Fantasy fans will highly anticipate the next steps in Alex’s journey in the projected sequel of the Enchanter’s Child duology." —Bulletin of the Center for Children's Books 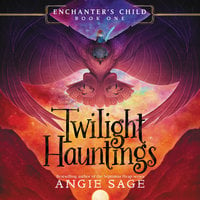