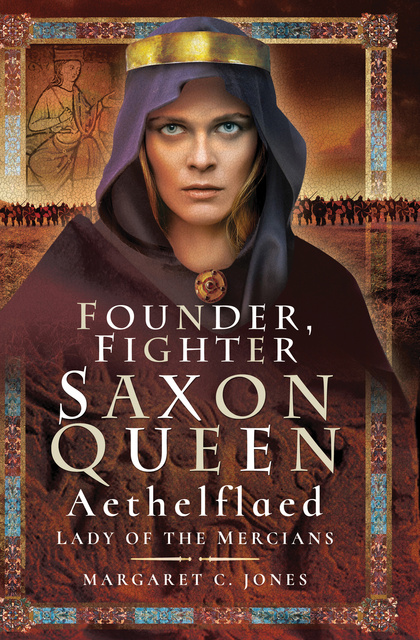 The story of the daughter of Alfred the Great, who fought against Viking invaders and ruled a kingdom in the tenth century.

Alfred the Great’s daughter defied all expectations of a well-bred Saxon princess. The first Saxon woman ever to rule a kingdom, Aethelflaed, Lady of the Mercians, led her army in battle against Viking invaders. She further broke with convention by arranging for her daughter to succeed her on the throne of Mercia.

To protect her people and enable her kingdom in the Midlands to prosper, Aethelflaed rebuilt Chester and Gloucester, and built seven entirely new English towns. In so doing she helped shape our world today.

This book brings Aethelflaed’s world to life, from her childhood in time of war to her remarkable work as ruler of Mercia. The final chapter traces her legend, from medieval paintings to novels and contemporary art, illustrating the impact of a legacy that continues to be felt to this day.