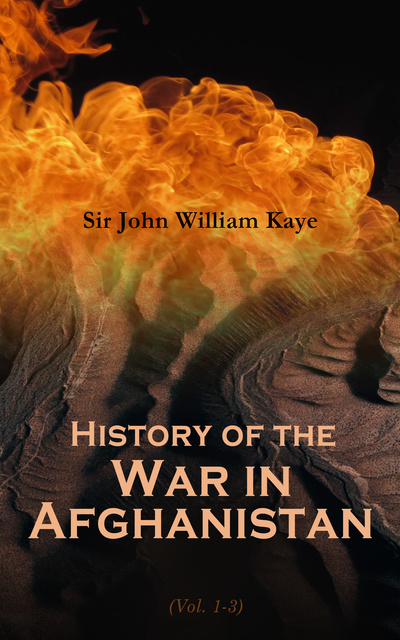 History of the War in Afghanistan is a historical work on the First Anglo-Afghan War fought between the British East India Company and the Pashtun tribesmen from 1839 to 1842. The author, British military historian Sir John William Kaye, gathered stories and narratives from numerous soldiers and participants of the war, and took up on himself to collect their experiences in a three volume edition. The first volume serves mostly as an introduction and covers the period from 1800 to 1839, providing the insight in the Anglo-Afghan relations before the war. The second volume covers the war years from 1839 to 1841 when the British successfully intervened in a succession dispute between emir Dost Mohammad and former emir Shah Shujah, whom they installed upon conquering Kabul in August 1839. The main British Indian and Sikh force occupying Kabul along with their camp followers, having endured harsh winters as well, was almost completely annihilated while retreating in January 1842. Finally, the third volume covers the year 1842. The British sent an Army of Retribution to Kabul to avenge their defeat, and having demolished parts of the capital and recovered prisoners they left Afghanistan altogether by the end of the year. Dost Mohamed returned from exile in India to resume his rule and this war was known by the British as the Disaster in Afghanistan.