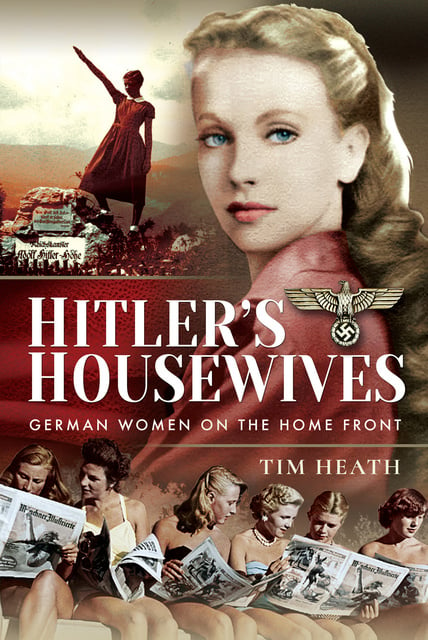 The roles and experiences of women in Nazi Germany, told in their own words for the first time.

During Adolf Hitler’s 1932 election campaign, it is believed that over half those who voted for him were women. Germany’s women had witnessed the anarchy of the post-WWI years, and the chaos brought about by the rival political gangs brawling on their streets. When Hitler came to power there was at last a ray of hope that this man of the people would restore not only political stability to Germany but prosperity to its people.

As reforms were set in place, Hitler encouraged women to step aside from their jobs and allow men to take their place. As the guardian of the home, the women of Hitler’s Germany were glorified as the very foundation for a future thousand-year Reich. Not every female in Nazi Germany, though, embraced the principle of living in a society where two distinct worlds existed—and with the outbreak of the Second World War, Germany’s women would soon find themselves on the frontline.

Ultimately, Hitler’s housewives experienced mixed fortunes throughout the years of the Second World War. Some lost loved ones who went off to war never to return; some lost children to the influence of the Hitler Youth or to the Allied bombing; some sought comfort in the arms of other men; some would serve above and beyond the call of duty on the German home front. Their stories form intimate and intricately woven tales of life, love, joy, fear, and death. Hitler’s Housewives: German Women on the Home Front deepens our understanding of one of the twentieth century’s greatest tragedies, and the role played by Germany’s women on the home front, which ultimately became blurred within the horrors of total war. This is their story, in their own words, told for the first time.