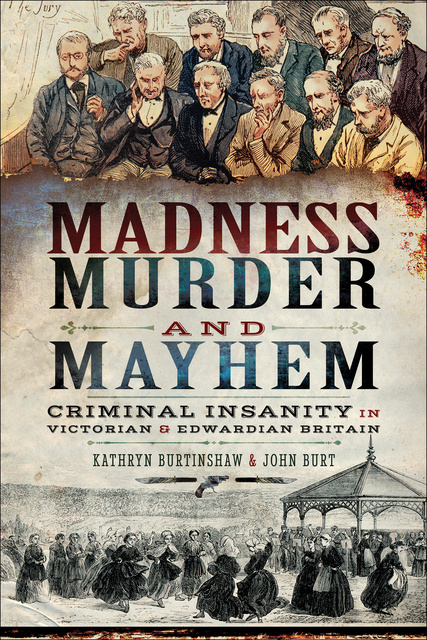 Following an assassination attempt on George III in 1800, new legislation significantly altered the way the criminally insane were treated by the judicial system in Britain. This book explores these changes and explains the rationale for purpose-built criminal lunatic asylums in the Victorian era. Specific case studies are used to illustrate and describe some of the earliest patients at Broadmoor Hospital the Criminal Lunatic Asylum for England and Wales and the Criminal Lunatic Department at Perth Prison in Scotland.

Chapters examine the mental and social problems that led to crime alongside individuals considered to be weak-minded, imbeciles or idiots. Family murders are explored as well as individuals who killed for gain. An examination of psychiatric evidence is provided to illustrate how often an insanity defence was used in court and the outcome if the judge and jury did not believe these claims.

Two cases are discussed where medical experts gave evidence that individuals were mentally irresponsible for their crimes but they were led to the gallows. Written by genealogists and historians, this book examines and identifies individuals who committed heinous crimes and researches the impact crime had on themselves, their families and their victims.