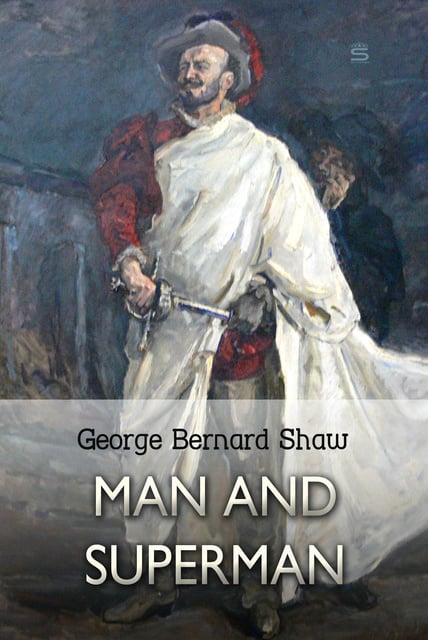 Man and Superman: A Comedy and a Philosophy

Man and Superman: A Comedy and a Philosophy

Mr. Whitefield has recently died, and his will indicates that his daughter Ann should be left in the care of two men, Roebuck Ramsden and Jack Tanner. Ramsden, a venerable old man, distrusts Jack Tanner, an eloquent youth with revolutionary ideas, possibly a little mad. In spite of what Ramsden says, Ann accepts Tanner as her guardian, though Tanner doesn't want the position at all. She also challenges Tanner's revolutionary beliefs with her own ideas. Despite Tanner's professed dedication to anarchy, he is unable to disarm Ann's charm, and she ultimately persuades him to marry her, choosing him over her more persistent suitor, a young man named Octavius Robinson.