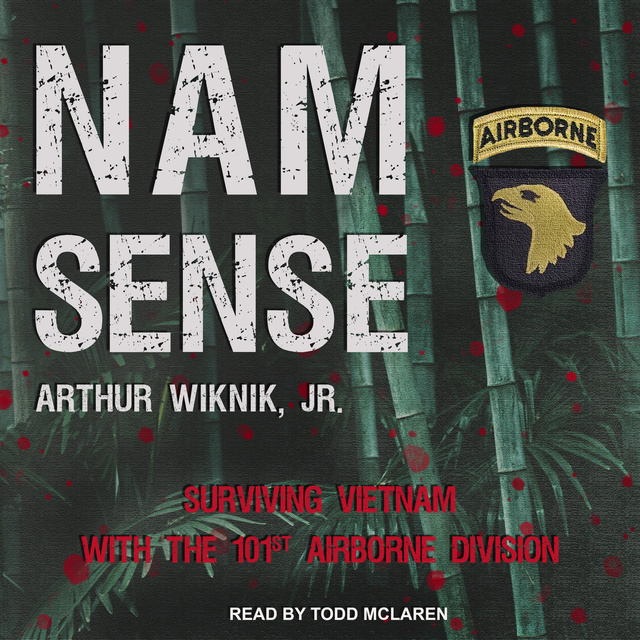 An honest tour of the Vietnam War from the soldier's eye view . . .

Nam-Sense is the brilliantly written story of a combat squad leader in the 101st Airborne Division. Arthur Wiknik was a nineteen-year-old kid from New England when he was drafted into the U.S. Army in 1968. After completing various NCO training programs, he was promoted to sergeant "without ever setting foot in a combat zone" and sent to Vietnam in early 1969. Shortly after his arrival on the far side of the world, Wiknik was assigned to Camp Evans, a mixed-unit base camp near the northern village of Phong Dien, only thirty miles from Laos and North Vietnam. On his first jungle patrol, his squad killed a female Viet Cong who turned out to have been the local prostitute. It was the first dead person he had ever seen.

Wiknik's account of life and death in Vietnam includes everything from heavy combat to faking insanity to get some R & R. He was the first man in his unit to reach the top of Hamburger Hill during one of the last offensives launched by U.S. forces, and later discovered a weapons cache that prevented an attack on his advance fire support base. Between the sporadic episodes of combat he mingled with the locals, tricked unwitting U.S. suppliers into providing his platoon with a year of hard to get food, defied a superior and was punished with a dangerous mission, and struggled with himself and his fellow soldiers as the anti-war movement began to affect his ability to wage victorious war.

Nam-Sense offers a perfect blend of candor, sarcasm, and humor-and it spares nothing and no one in its attempt to accurately convey what really transpired for the combat soldier during this unpopular war. Nam-Sense is not about heroism or glory, mental breakdowns, haunting flashbacks, or wallowing in self-pity. The GIs Wiknik lived and fought with during his yearlong tour did not rape, murder, or burn villages, were not strung out on drugs, and did not enjoy killing. They were there to do their duty as they were trained, support their comrades-and get home alive. "The soldiers I knew," explains the author, "demonstrated courage, principle, kindness, and friendship, all the elements found in other wars Americans have proudly fought in."

Wiknik has produced a gripping and complete record of life and death in Vietnam, and he has done so with a style and flair few others will ever achieve. 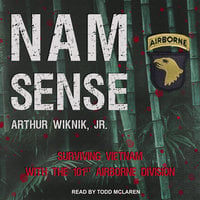