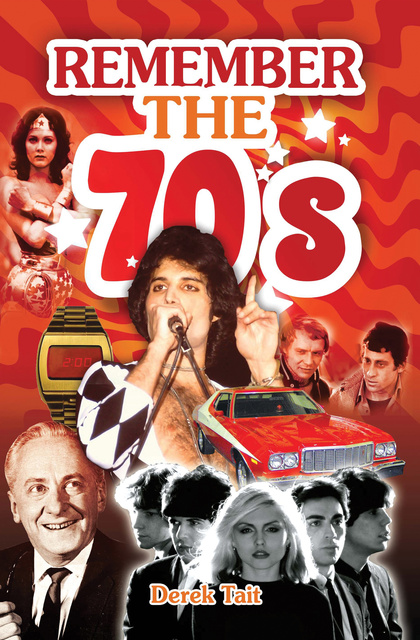 From Bohemian Rhapsody and David Bowie to Star Wars and Watergate, the history of an unforgettable era that rocked (and discoed) the world.

The 1970s was one of the most exciting, innovative, and colorful decades of the twentieth century. It was ten years of major events in music (Freddie Mercury, The Sex Pistols, The Carpenters, and Blondie), film (Jaws, Dirty Harry, The Godfather, and Saturday Night Fever), television (The Mary Tyler Moore Show, All in the Family, Benny Hill, and The Waltons), and politics (Richard Nixon, Margaret Thatcher, and Jane Fonda). It was also a time of social change (the women’s movement and gay rights), and unforgettable nutty trends (orange shag carpets, bell bottoms, platform shoes, and wing-collared shirts).

From home-life and fashions to entertainment, sports, headlining-making crimes, and pioneering new technologies, Remember the 70s is a fabulous record of a chaotic, pivotal, loud, and revolutionary era. For those who lived through it, and for those who just heard about it, historian Derek Tait (who came of age in it—and has the photos to prove it) offers fascinating insights, truths, and reflections into a dazzling pop-culture turning point that resonates to this day.