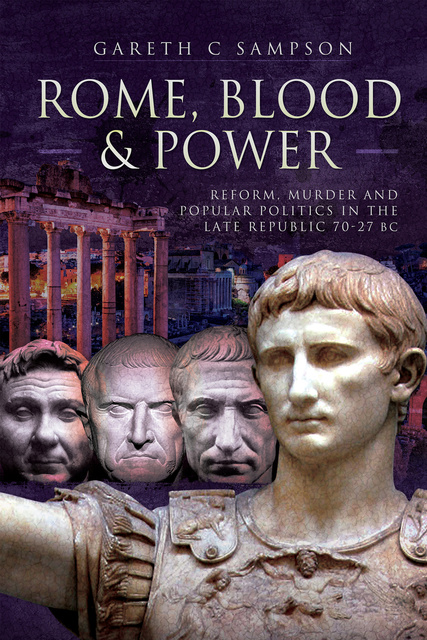 Rome, Blood & Power: Reform, Murder and Popular Politics in the Late Republic 70–27 BC

Rome, Blood & Power: Reform, Murder and Popular Politics in the Late Republic 70–27 BC

“Capture[s] the essence of the struggle within Rome for reform and power and dominance … a page turner of a book … that offers fresh insight. ” —Firetrench

Following the First Civil War the Roman Republic was able to rebuild itself and restore stability. Yet the problems which had plagued the previous seventy years of the Republic, of political reform being met with violence and bloodshed, had not been resolved and once again resumed. Men such as Catiline and Clodius took up the mantle of reform which saw Rome paralyzed with domestic conflict and ultimately carnage and murder. In the search for stability, the Roman system produced a series of military dynasts; men such as Pompey, Crassus and Caesar.

Ultimately this led to the Republic’s collapse into a second and third civil war and the end of the old Republican system. In its place was the Principate, a new Republic founded on the promise of peace and security at home and an end to the decades of bloodshed. Gareth Sampson analyses the various reforming politicians, their policies and opponents and the conflicts that resulted. He charts the Republic’s collapse into further civil wars and the new system that rose from the ashes.

“Sampson has obviously done a huge amount of research, and yet managed to turn what could be a dry subject into an interesting tale of men battling for control. Far more exciting than Game of Thrones, and with added gladiators!” —Army Rumour Service (ARRSE)