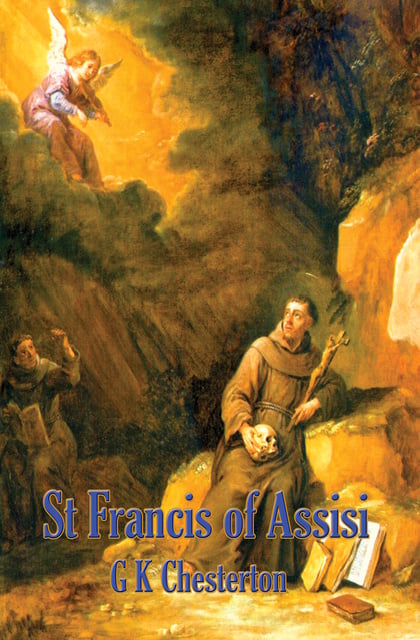 St. Francis of Assisi is perhaps the most important of the non-apostle saints. He was born to wealth and privilege in Assisi, Italy in 1181. As a youth he dreamed of military glory and lived the decadent lifestyle one would expect from of a wealthy, young Italian man.

In 1202 Francis went off to war and was subsequently captured and spent a year of hardship in Collestrada as a prisoner of war. In 1205 he set off to war again, but this time God sent him a vision and he returned home and took up a religion.

What followed was a most remarkable life. St. Francis founded an order in the Catholic Church devoted to helping those in poverty. No other saint embodied the teaching of Christ in quite such an emblematic way.

Here G. K. Chesterton gives us the definitive biography of this most amazing man.