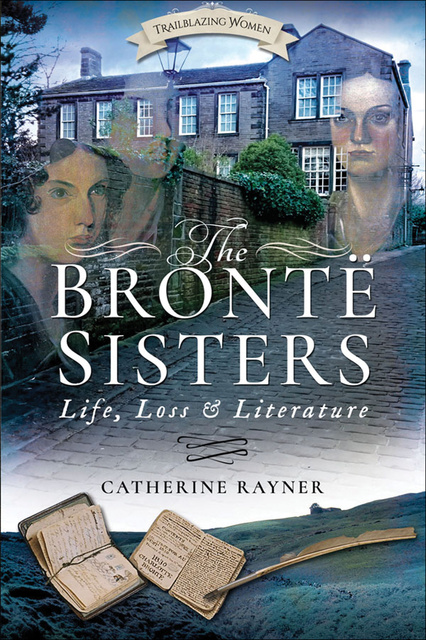 Jane Eyre, Wuthering Heights, The Tenant of Wildfell Hall… these fictional masterpieces are all recognized as landmarks of English Literature. Still inspirational and challenging to readers today, upon release in the mid-nineteenth century they caused a veritable sensation, chiefly due to their subject matter and unconventional styles. But the greatest sensation of all came when these books were revealed to be the creations of women.

This is the story of those women and of the forces that shaped them into trailblazing writers. From early childhood, literature and the world of books held the attention and sparked the fertile imaginations of the emotionally intense and fascinating Bronte siblings. Beset by tragedy, three outlets existed for their grief and their creative talents; they escaped into books, into the wild moorlands surrounding their home and into their own rich inner lives and an intricate play-world born of their collective imaginations.

In this new study, Catherine Rayner offers a full and fascinating exploration of the formative years of these bright children, taking us on a journey from their earliest years to their tragically early deaths. The Bronte girls grew into women who were unafraid to write themselves into territories previously only visited by male authors. In addition, they tackled all the taboo subjects of their time; divorce, child abuse, bigamy, domestic violence, class, female depression and mental illness.

Nothing was beyond their scope and it is especially for this ability and determination to speak for women, the marginalized and the disadvantaged that they are remembered and celebrated today, two hundred years after their births in the quiet Yorkshire village of Haworth. This timely release offers a fresh perspective on a fascinating family and a unique trio of talented and trailblazing sisters whose books will doubtless continue to haunt and inspire for generations to come.