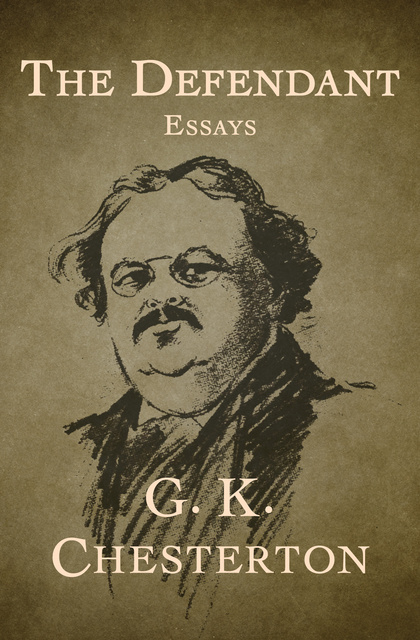 G. K. Chesterton’s hilarious defense . . . of just about anything

In this hodgepodge of early musings, a young G. K. Chesterton operates under the conceit that many objects in the human purview—ranging from the humdrum and mundane to the outright ridiculous—could use the advocacy of a good apologist every once in a while. This lively book, filled with essays from Chesterton’s days as a budding journalist for the Speaker, vindicates everything from skeletons to detective stories, from patriotism to penny dreadfuls. An ardent defender of the indefensible, Chesterton earns his reputation as the “prince of paradox” in The Defendant and reminds us why he is often regarded as one of the greatest moral thinkers of his age.