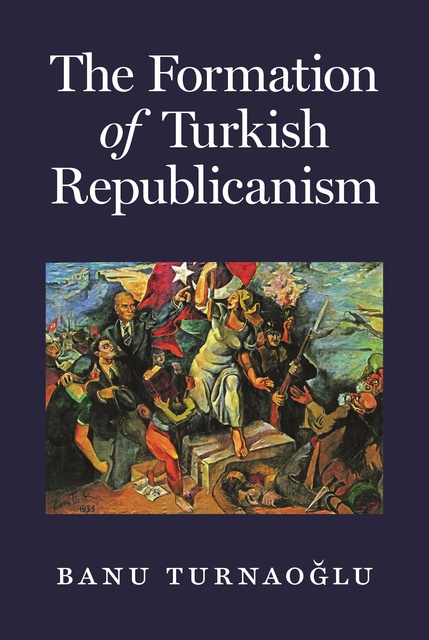 The Formation of Turkish Republicanism

The Formation of Turkish Republicanism

Turkish republicanism is commonly thought to have originated with Mustafa Kemal Atatürk and the founding of modern Turkey in 1923, and understood exclusively in terms of Kemalist ideals, characterized by the principles of secularism, nationalism, statism, and populism. Banu Turnaoğlu challenges this view, showing how Turkish republicanism represents the outcome of centuries of intellectual dispute in Turkey over Islamic and liberal conceptions of republicanism, culminating in the victory of Kemalism in the republic's formative period.

Drawing on a wealth of rare archival material, Turnaoğlu presents the first complete history of republican thinking in Turkey from the birth of the Ottoman state to the founding of the modern republic. She shows how the Kemalists wrote Turkish history from their own perspective, presenting their own version of republicanism as inevitable while disregarding the contributions of competing visions. Turnaoğlu demonstrates how republicanism has roots outside the Western political experience, broadening our understanding of intellectual history. She reveals how the current crises in Turkish politics—including the Kurdish Question, democratic instability, the rise of radical Islam, and right-wing Turkish nationalism—arise from intellectual tensions left unresolved by Kemalist ideology.

A breathtaking work of scholarship, The Formation of Turkish Republicanism offers a strikingly new narrative of the evolution and shaping of modern Turkey.