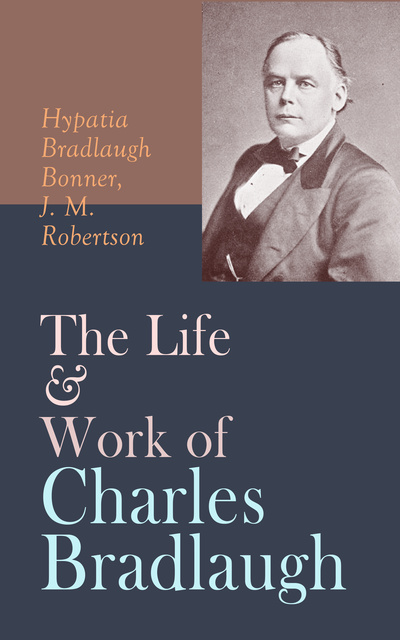 The Life & Work of Charles Bradlaugh

The Life & Work of Charles Bradlaugh

This book is a 2-volume record of the life and works of the English political activist Charles Bradlaugh (1833-1891), written by his daughter, that features his parliamentary struggle, politics and teachings. Bradlaugh was an advocate of trade unionism, republicanism, and universal suffrage, and he opposed socialism. His anti-socialism was divisive, and many secularists who became socialists left the secularist movement because of its identification with Bradlaugh's liberal individualism. He was a supporter of Irish Home Rule, and backed France during the Franco-Prussian War. In 1880, he was elected as the Liberal MP for Northampton. His attempt to affirm as an atheist ultimately led to his temporary imprisonment, fines for voting in the Commons illegally, and a number of by-elections at which he regained his seat on each occasion. Bradlaugh was finally allowed to take an oath in 1886. Eventually, a parliamentary bill which he proposed became law in 1888 which allowed members of both Houses of Parliament to affirm, if they so wished, when being sworn in. The new law resolved the issue for witnesses in civil and criminal court cases.

The "National Reformer" and the Government Prosecutions

The Commune, and After

In the United States Again

The Prosecution of Mr Bradlaugh and Mrs Besant