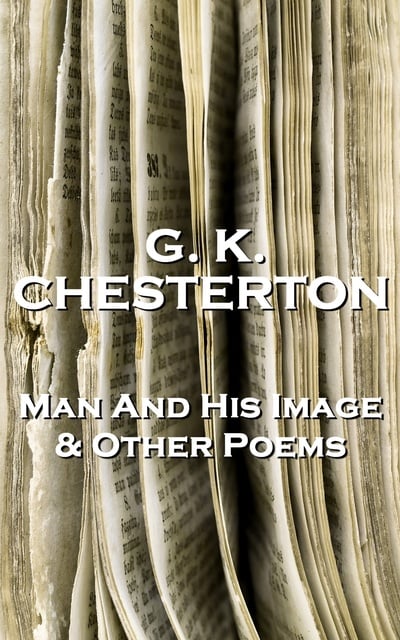 The Man And His Image And Other Poems

The Man And His Image And Other Poems

Poetry is a fascinating use of language. With almost a million words at its command it is not surprising that these Isles have produced some of the most beautiful, moving and descriptive verse through the centuries. In this series we look at individual poets who have shaped and influenced their craft and cement their place in our heritage. In this second volume we look further at the works of the eminent English writer and poet GK Chesterton. Gilbert Keith Chesterton was born in Campden hill, Kensington on May 29th 1874. Originally after attending St Pauls School he went to Slade to learn the illustrators art and literature. In 1896 he joined a small London publisher and began his journalistic career as a freelance art and literary critic. In 1901 he married Frances Blogg, to whom he remained married for the rest of his life. Thereafter he obtained weekly columns in the Daily News and The Illustrated London News. For many he is known as a very fine novelist and the creator of the Father Brown Detective stories which were much influenced by his own beliefs. A large man – 6’ 42 and 21st in weight he was apt to be forgetful in that delightful way that the British sometimes are – a telegram home to his wife saying he was in one place but where should he actually be. He was prolific in many other areas; he wrote plays, essays, loved to debate and wrote hundreds of poems. It is on his poems that we concentrate this volume. They range from the virtues of the English to his religious beliefs. Chesterton died of congestive heart failure on 14th June 1936 and is buried in Beaconsfield just outside of London. Many of the poems are also available as an audiobook from our sister company Portable Poetry. Many samples are at our youtube channel http://www.youtube.com/user/PortablePoetry?feature=mhee The full volume can be purchased from iTunes, Amazon and other digital stores. Among the readers are Richard Mitchley and Ghizela Rowe