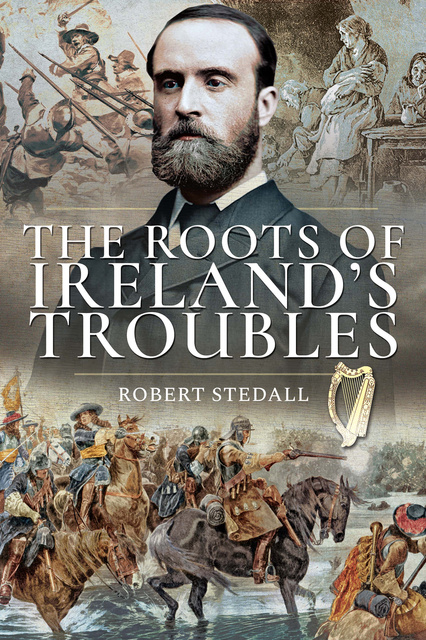 The Roots of Ireland's Troubles

The Roots of Ireland's Troubles

The author of Elizabeth I’s Secret Lover “places Ireland into a much wider context and takes it beyond the simplistic Catholic v Protestant dichotomy” (The British Empire Blog).

Over the course of three decades in the late twentieth century, Northern Ireland was embroiled in the Troubles, a conflict characterized by the violent and bitter struggle between nationalists and unionists.

Many books in recent years have attempted to make sense of the Troubles. Primarily political and nationalistic, it also had a sectarian dimension. Undeniably it was fuelled by historical events, and yet most only look so far back as the 1916 uprising. In The Roots of Ireland’s Troubles, Robert Stedall argues that we need to take a longer historical view to truly understand the complex factors at play in Ireland’s history that ultimately led to the Troubles. Comprehensive in its approach, it ranges from Plantagenet intervention among the warring Gaelic chieftains, to Cromwell’s restoration of British rule following the English Civil War and William Pitt’s resignation over the Irish Catholic’s Emancipation question.

Inextricably linked with the history of Britain, Stedall guides the reader through Ireland’s turbulent but rich history. To understand the causes behind the twentieth-century conflict, which continues to resonate today, we must look to the long arc of history in order to truly understand the historical roots of a nation’s conflict.

“A very readable and direct account of the complex issues at the heart of Anglo-Irish relationships since the Reformation … a totally absorbing book. ” —Michael McCarthy, Battlefield Guide