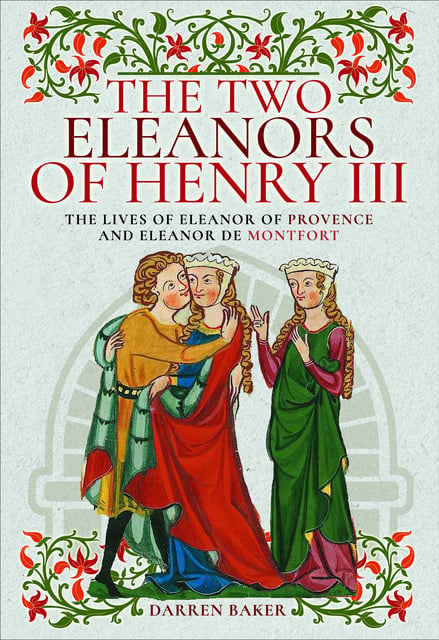 The Two Eleanors of Henry III: The Lives of Eleanor of Provence and Eleanor de Montfort

The Two Eleanors of Henry III: The Lives of Eleanor of Provence and Eleanor de Montfort

This account of two strong medieval women and their relationship “thoroughly engrosses you in a story hundreds of years past”(Seattle Book Review).

Born in 1223, Eleanor of Provence has come to England at the age of twelve to marry the king, Henry III. He’s sixteen years older, but was a boy when he ascended the throne. He’s a kind, sensitive sort whose only personal attachments to women so far have been to his three sisters.

The youngest of those sisters is called Eleanor too. She was only nine when, for political reasons, her first marriage took place, but she’s already a chaste twenty-year-old widow when the new queen arrives in 1236. Soon, this Eleanor will marry the rising star of her brother’s court, a French parvenu named Simon de Montfort, thus wedding the fates of these four people together in an England about to undergo some of the most profound changes in its history.

The Two Eleanors of Henry III is a tale that spans decades, with loyalty to family and principles at stake, in a land where foreigners are subject to intense scrutiny and jealousy. The relationship between these two sisters-in-law, close but ultimately doomed, reflects not just the turbulence and tragedy of their times, but also the brilliance and splendor.