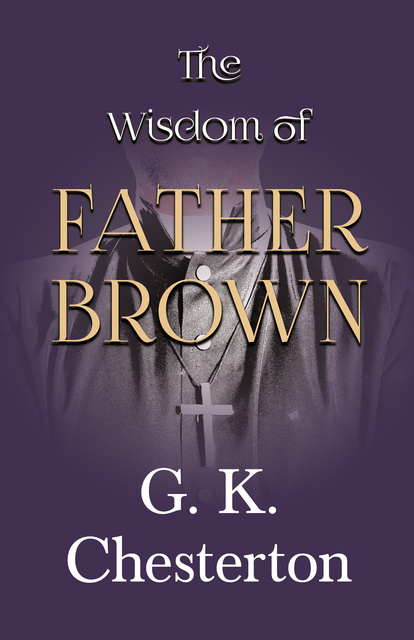 The Wisdom of Father Brown is a 1928 collection of mystery short stories by English writer G. K. Chesteron.

Set in the early twentieth century, each of the stories centres around the cunning investigations of Father Brown, a catholic priest-cum-detective who uses his incredible intuition to solve a variety of perplexing mysteries.

A fantastic collection of classic mystery short stories not to be missed by fans and collectors of Chesterton's seminal work.

Gilbert Keith Chesterton (1874 - 1936) was an English philosopher, theologian, writer, and critic. Born in London in 1874, he studied at the Slade School of Art and began to work as a freelance journalist after graduation. Over the course of his life, his literary output was incredibly diverse and highly prolific, ranging from philosophy and ontology to art criticism and detective fiction. However, he is probably best-remembered for his Christian apologetics, most notably in Orthodoxy (1908) and The Everlasting Man (1925).

Read & Co. Classics is proudly republishing this classic work now in a new edition complete with a specially-commissioned new biography of the author.