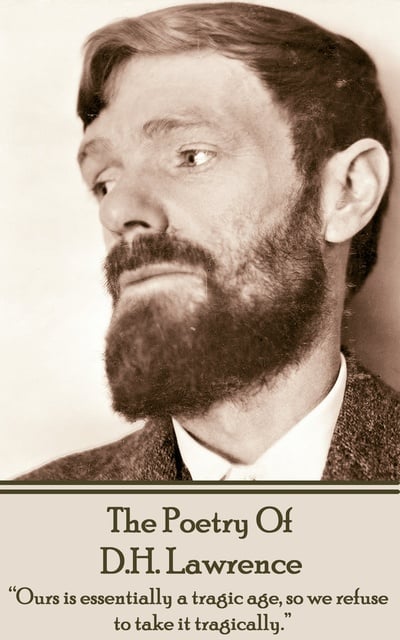 DH Lawrence, The Poetry Of: "Ours is essentially a tragic age, so we refuse to take it tragically."

DH Lawrence, The Poetry Of: "Ours is essentially a tragic age, so we refuse to take it tragically."

DH Lawrence – An Introduction. For many of us DH Lawrence was a schoolboy hero. Who can forget sniggering in class at the mention of Women In Love or Lady Chatterley’s Lover? Lawrence was a talented if nomadic writer whose novels were passionately received, suppressed at times and generally at odds with Establishment values. This of course did not deter him. At his death in 1930 at the young age of 44 he was more often thought of as a pornographer but in the ensuing years he has come to be more rightly regarded as one of the most imaginative writers these shores have produced. As well as his novels and plays he was also a masterful poet and wrote over 800 of them. In this collection we discover and nourish ourselves on a small part of that legacy that reveals much about the man and his views on life. Many of those poems are also available on our audiobook verson at iTunes, Amazon and other digital stores.