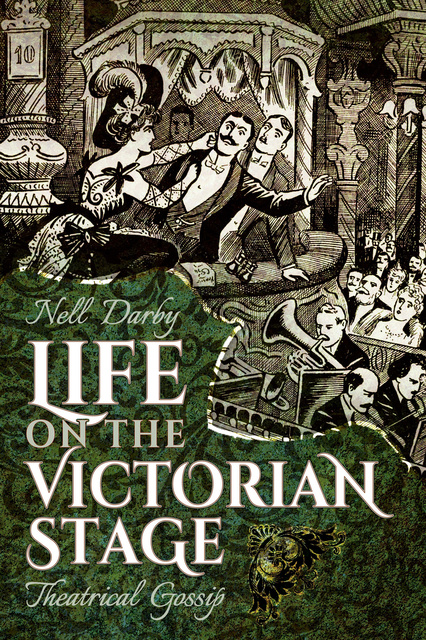 The expansion of the press in Victorian Britain meant more pages to be filled, and more stories to be found. Life on the Victorian Stage: Theatrical Gossip looks at how the everyday lives of Victorian performers and managers were used for such a purpose, with the British newspapers covering the good, the bad and the ugly side of life on the stage during the nineteenth century.

Viewed through the prism of Victorian newspapers, and in particular through their gossip columns, this book looks at the perils facing actors from financial disasters or insecurity to stalking, from libel cases to criminal trials and offers an alternative view of the Victorian theatrical profession. This thoroughly researched and entertaining study looks at how the Victorian press covered the theatrical profession and, in particular, how it covered the misfortunes actors faced.

It shows how the development of gossip columns and papers specializing in theater coverage enabled fans to gain an insight into their favorite performers lives that broke down the public-private divide of the stage and helped to create a very modern celebrity culture. The book looks at how technological developments enabled the press to expose the behavior of actors overseas, such as when actor Fred Solomon's' bigamy in America was revealed.

It looks at the pressures facing actors, which could lead to suicide, and the impact of the 1857 Matrimonial Causes Act on what the newspapers covered, with theatrical divorce cases coming to form a significant part of their coverage in the latter half of the nineteenth century.

Other major events, from theatre disasters to the murder of actor William Terriss, are explored within the context of press reportage and its impact. The lives of those in the theatrical profession are put into their wider social context to explore how they lived, and how they were perceived by press and public in Victorian Britain.