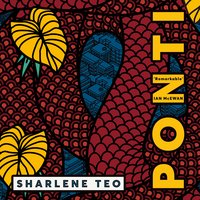 'Remarkable . . . her characters glow with life and humour' Ian McEwan

2003. Singapore. Friendless and fatherless, sixteen-year-old Szu lives in the shadow of her mother Amisa, once a beautiful actress and now a hack medium performing séances with her sister in a rusty house. When Szu meets the privileged, acid-tongued Circe, they develop an intense friendship which offers Szu an escape from her mother’s alarming solitariness, and Circe a step closer to the fascinating, unknowable Amisa.

Seventeen years later, Circe is struggling through a divorce in fraught and ever-changing Singapore when a project comes up at work: a remake of the cult seventies horror film series ‘Ponti’, the very project that defined Amisa’s short-lived film career. Suddenly Circe is knocked off balance: by memories of the two women she once knew, by guilt, and by a past that threatens her conscience . . .

Told from the perspectives of all three women, Ponti by Sharlene Teo is an exquisite story of friendship and memory spanning decades. Infused with mythology and modernity, with the rich sticky heat of Singapore, it is at once an astounding portrayal of the gaping loneliness of teenagehood, and a vivid exploration of how tragedy can make monsters of us.