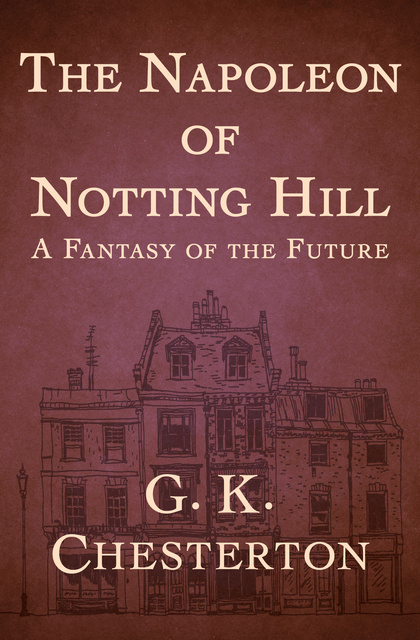 The Napoleon of Notting Hill

The Napoleon of Notting Hill

Published in 1904, G. K. Chesterton’s debut novel is set eighty years in the future. Technology and social mores remain the same, but the England of 1984 boasts a government in which ineffectual kings are selected at random from an otherwise apathetic populace that has “lost faith in revolutions.” The political system hits a snag when Auberon Quin is selected as the next monarch. More joker than potentate, Quin amuses himself by installing a series of laws and bizarre customs that inflate civic pomp and circumstance to laughable proportions. These policies inevitably put Quin, a leader who does not believes in any of his dictums, on a collision course with his most earnest supporter: Adam Wayne, otherwise known as the Napoleon of Notting Hill.

A favorite among scholars and critics, The Napoleon of Notting Hill showcases the eclectic wit and unorthodox intellect that established Chesterton as one of the twentieth century’s most influential and far-reaching thinkers.