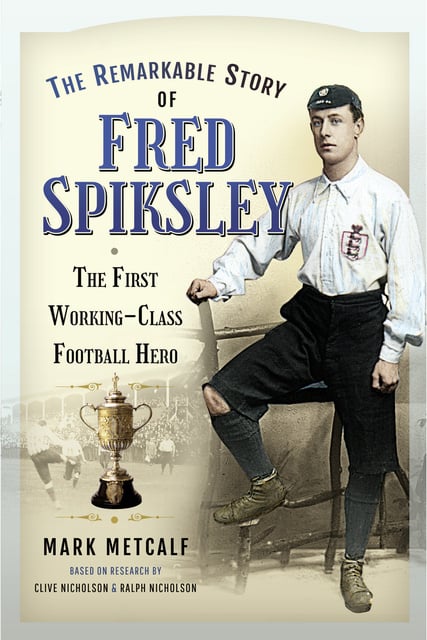 Gainsborough’s Fred Spiksley was one of the first working class youngsters in 1887 to live ‘the dream’ of becoming a professional footballer, before later finding a role as a globe-trotting coach. He thus dodged the inevitability of industrial, poorly paid, dangerous labour. Lightning fast, Spiksley created and scored hundreds of goals including, to the great joy of the future Queen Mary who chased him down the touchline, three against Scotland in 1893. The outside left scored both Sheffield Wednesday’s goals in the 2-1 defeat of Wolves in the 1896 FA Cup Final at the Crystal palace. Forced by injury to stop playing at aged 36, Spiksley adventured out into the world. He acted with Charlie Chaplin, escaped from a German prison at the start of the First World War and later made the first ‘talking’ football training film for youngsters. As a coach/manager he won titles in Sweden, Mexico, the USA and Germany, becoming the last Englishman to coach a German title-winning team with 1FC Nuremburg in 1927. He coached in Barcelona in 1932 and it was only after his involvement had exceeded 50 years, during which time, as this book explains, the game changed dramatically, did Spiksley’s football career end. As an addicted gambler and womaniser, Spiksley had his problems away from football. However, he was beloved by his football fans, including Herbert Chapman, the greatest manager of that era in English football who, towards the end of his life, picked him in his finest XI.